Dust storms in the Sahara cause considerable amounts of mineral particles to enter the atmosphere. A large proportion reaches the Caribbean and the Amazon via the northern Atlantic, where it fertilizes ocean and land ecosystems with micronutrients. Several times a year, Saharan dust is even carried as far as central Europe. These processes can be simulated in transport models. 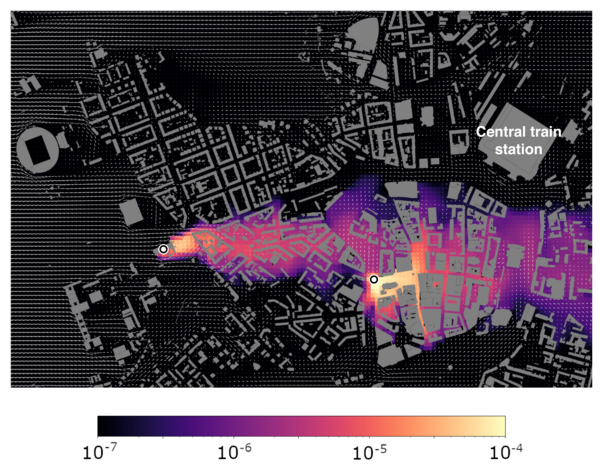 Air pollutants are a particular burden on the urban atmosphere.  For example, particulate matter, soot, nitrogen oxides, and ozone are known for their harmful effects on health. In order to better assess exposure and scientifically investigate small-scale variability and influencing factors, microscale urban models are used in addition to observations and mesoscale air quality modeling. 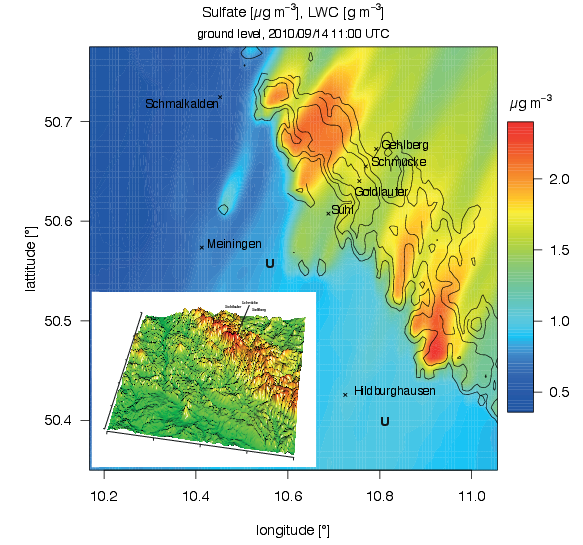 Modeled sulfate mass (colored) and modeled cloud liquid water content (contour lines) for the HCCT experiment on 14/09/2010, 11:00 UTC. In the lower left corner, the topography of the model domain is shown. Source: TROPOS

The particulate matter observed in the atmosphere is emitted directly, but it can also be formed from gaseous precursor substances directly in the gas phase or via the liquid phase within clouds. This so-called secondary fraction can strongly vary in time and depends on the local conditions.