Leipzig. Vegetation fires in Africa have a significant influence on the atmosphere in Amazonia during the wet season. This conclusion was drawn from long-term observations in Brazil by German and Brazilian scientists. For the first time, the scientist measured vertical resolved the arrival of African smoke in the Amazon Basin. The atmospheric observations up to 20 km height were conducted with a newly constructed laser-based instrument developed at the Leibniz Institute for Tropospheric Research (IfT). In a recent publication in the scientific journal Geophysical Research Letters, the authors state that the influence of African smoke on Amazonia’s atmosphere is strongest between January and April when the fire activity in Central Africa is highest and the trade winds transport the smoke directly towards South America.

The Amazon Basin is the largest hydrological basin in the world draining an area larger than six million square kilometres. It contains the largest extent of tropical rain forest on Earth - the Amazon rain forest. Despite the Amazon Basin is a key region for the global climate, knowledge on particles suspended in atmosphere, so-called aerosols, is relatively poor. These atmospheric particles, however, are an important constituent for the hydrological cycle in the Amazon rain forest, in particular for cloud and precipitation formation. Therefore, scientist of IfT and the Brazilian Universities Sao Paulo, Diadema, and, Manaus conducted atmospheric long-term measurements in the central Amazon Basin from January to November 2008. They installed a laser-based instrument 60 km north of Manaus to retrieve information on the vertical distribution and composition of aerosols up to 20 km height above the measurement site.

During the wet season in the Amazon Basin it was assumed, that the air can be as clean as in the pristine pre-industrial era. „We have therefore chosen a measurement location in central Amazonia upwind of Manaus, which isn’t influenced by the city Manaus. “, says Dr. Dietrich Althausen of IfT, who has installed the instrument in the rain forest. „However, the high temperature and humidity in the rain forest was a strong challenge for both, instruments and humans. Also the frequent occurrence of fog, low-level clouds, and precipitation hindered the ground-based remote sensing of the lower atmosphere in the Amazon rain forest“. The measurements in Amazonia were performed with a so-called LIDAR system. This system, developed at IfT and named PollyXT, emits laser pulses at wavelengths of 355, 532, and 1064 nanometres which are then reflected back to the LIDAR by particles suspended in the atmosphere. From the rotation of the oscillation direction, the so-called depolarization, of the reflected light, the type and the origin of the aerosol can be determined. This is important for the scientist to discriminate between natural particles like dust from the Saharan desert and anthropogenic particles like smoke from vegetation fires.

Because the air masses usually come directly from the Atlantic Ocean over 1200 km of only rain forest to the field site, the scientist expected the air to be very clean. However, a lot of particles were detected during the 2500 hours of observations. In one third of all lidar measurements in the wet season, the arrival of mineral dust and smoke particles from Africa was observed by the scientists. These particles need about ten days to travel in the lowermost 3 km of the atmosphere across the Atlantic from continent to continent. It is already known that Saharan dust can reach the Amazon Basin and act as nutrient for the rain forest. Since many years researchers of the IfT investigate these transport processes, e.g., in the framework of the SAMUM campaign in Morocco and the Cape Verde islands. “But surprisingly we also observed huge amounts of smoke from vegetation fires in Africa during Amazonia’s wet season” says Holger Baars from IfT. „In about half of the cases when we detected African aerosol, smoke particles were the dominant aerosol species. Obviously, the air from the Saharan desert is enriched by smoke particles from mostly man-made vegetation fires during its transport over the African Savannah’s towards the Atlantic Ocean. “Vegetation fires in Africa can thus play an important role for cloud formation and precipitation in the Amazon Basin – at least during the wet season from January to April. In contrast, during the dry season, which corresponds to the summer in the northern hemisphere, the atmosphere in Amazonia is heavily influenced by particles from forest fires within the Amazon Basin.

Even in the middle of the Amazon rain forest, the air is mostly not pristine any moree“, concludes Holger Baars. However, further measurements are required to characterize the tiny aerosol particles, which are transported from Africa towards Amazonia, and estimate their effect on climate. These particles may have a significant influence on the atmospheric radiation budget, the cloud formation and also precipitation over the tropical Atlantic and Amazonia.

The studies were supported by the European Commission in the frame of the research project EUCAARI (European Integrated project on Aerosol Cloud Climate and Air Quality Interactions).

Observations from Manaus in 2008: http://polly.tropos.de/lidar/lidarzeit.php?Ort=Manaus&lambda=1064&lidar=PollyXT_IfT 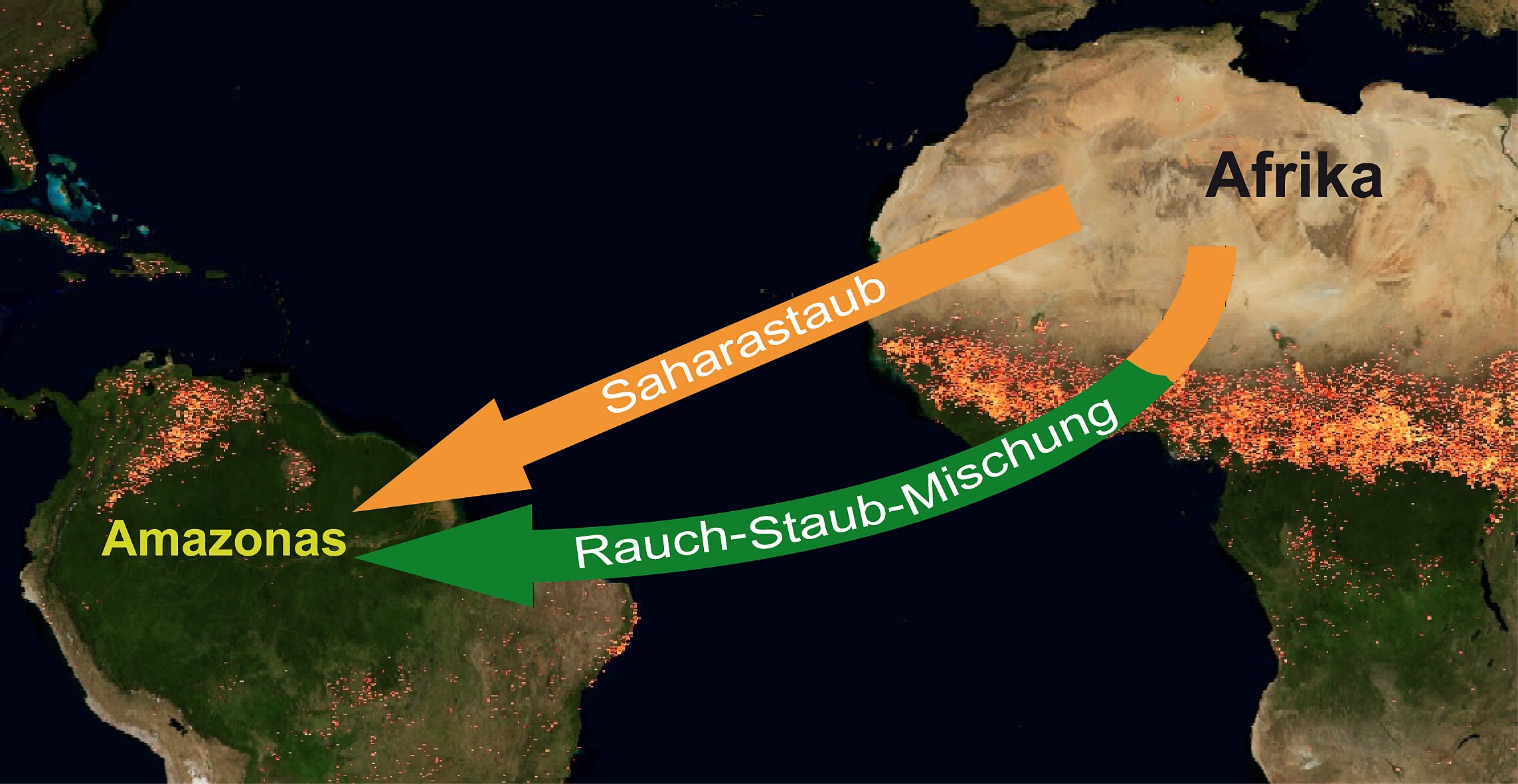 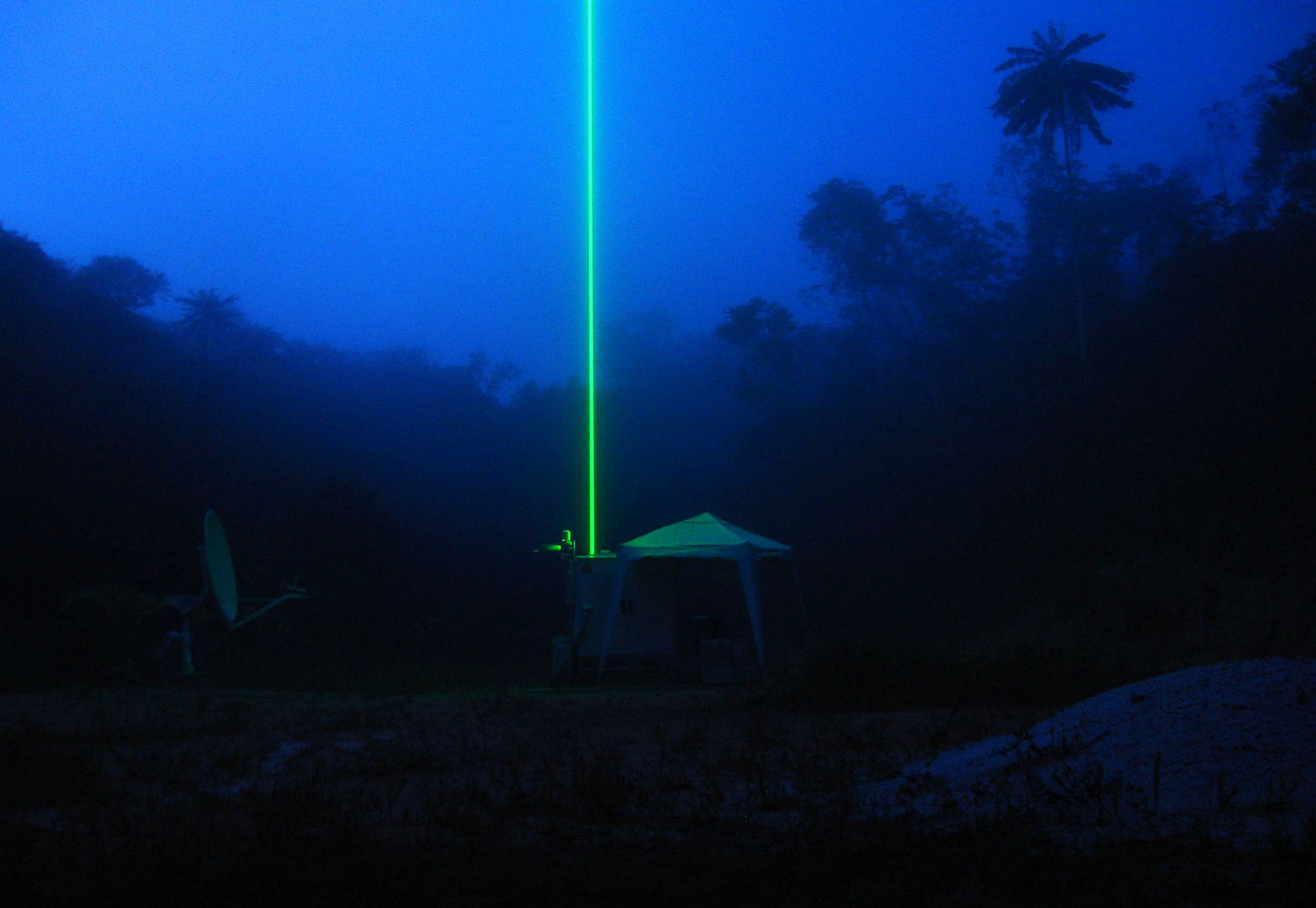 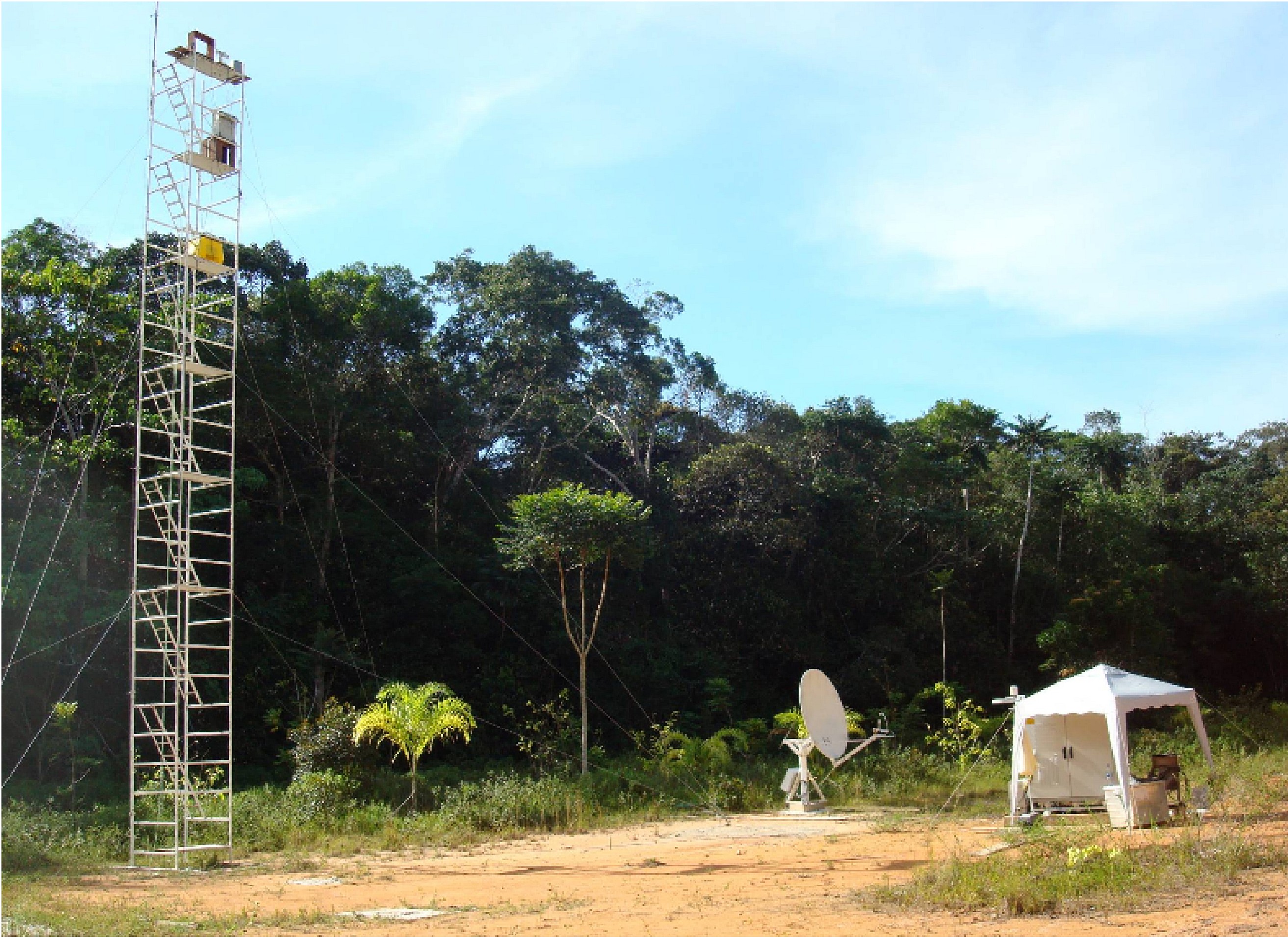