Scientific networking at a research hotspot

Mindelo, Kiel. An international symposium and summer school in marine science currently held in Mindelo, Cape Verde, mark the outstanding cooperation between the Instituto Nacional de Desenvolvimento das Pescas (INDP), GEOMAR Helmholtz Centre for Ocean Research Kiel and Dalhousie University. Together with partners from Europe, Africa, North and South America, the institutions aim to extend and strengthen their research network and to develop new educational projects. Participants of the two events in Mindelo also gain insight in the Ocean Science Centre Mindelo (OSCM) that is currently under construction as well as the Cape Verde Atmospheric Observatory.

The archipelago of Cape Verde is not only a perfect hub owing to its location on the main routes of large research vessels off the coast of West Africa – it is also considered a multi-facetted scientific hot spot. The International Marine and Atmospheric Science Symposium held in Mindelo from May 20 to May 22, underlines once again the attractiveness of the islands. Jointly organized by the Instituto Nacional de Desenvolvimento das Pescas (INDP) and GEOMAR Helmholtz Centre for Ocean Research Kiel, the conference commemorates eleven years of successful cooperation. It also aims to promote the Ocean Science Centre Mindelo (OSCM), a new research station funded by the Governments of Germany and Cape Verde and operated by GEOMAR, INDP and the Leibniz Institute for Tropospheric Research (TROPOS). The symposium is embedded into a “Summer School on Ocean Biodiversity and Management” for young researchers from Kiel, Halifax, Cape Verde and West Africa arranged by GEOMAR, University of Kiel/Germany and Dalhousie University, Halifax/Canada.

“We are impressed by the large interest in our symposium and look forward to further developing the research alliance with institutions from Europe, Africa, North America and Brazil”, says Prof. Dr. Arne Körtzinger, scientific director of the cooperation between GEOMAR and INDP. “There is hardly a better place to do so than Cape Verde: Various important climate-driving processes and interactions between the ocean and the atmosphere can be observed here as well as signs of geological and especially volcanic activity. The coastal upwelling system off West Africa feeds one of the world’s most active marine ecosystems while the region’s oxygen minimum zone is expanding with socioeconomic consequences that are not fully understood yet.”

About 150 participants from 13 different countries attend the symposium. Scientists report about a broad range of research conducted in the region. Their science cases cover the marine research fields of geology, biogeochemistry, biology and ecology as well as atmospheric sciences. During a visit to the local research vessel Islândia and the Cape Verde Atmospheric Observatory (CVAO), participants learn about the existing infrastructure and find out more about the new OSCM that is to be opened in 2016. “We are most grateful for the support by our Cape Verdean partners, without whom such an ambitious symposium would not have been possible”, says Cordula Zenk, international coordinator at GEOMAR.

The experts are joined by students from the Helmholtz transatlantic research school (HOSST-TOSST). The cooperation fosters a global training environment to convey technical and research skills in marine science and advanced technologies, and promote the ability to manage deep sea and open ocean environments. The summer school in Cape Verde is running from May 18 to May 29 and focuses on how ocean system science and technology can contribute to ecosystem-based management of marine biodiversity in a country developing its marine capabilities. The international HOSST and TOSST students look at the scientific issues and capacity required to understand and protect the marine environment together with invited participants from West Africa and Cape Verde. A further focus will address oceanographic, atmospheric and geological processes. „The Summer School in Cape Verde exemplifies a key component of the HOSST-TOSST research school”, says HOSST coordinator Dr. Christel van den Bogaard. “The students will gain knowledge and skills that will help them apply what they learn to the increasingly internationalized research and business environment. Through hands-on experiences they are broadening their career opportunities.”

The Cape Verde Atmospheric Observatory (CVAO) is located on the east side of the Cape Verde island of Sao Vicente, which lies about 700 kilometers from the west coast of Africa in the Atlantic Ocean. This region has a very dry climate with an annual average temperature of 25 degrees Celsius and below 50 millimeters of precipitation per year. The observatory is part of a German-British initiative for long-term observations in the tropical eastern North Atlantic. The station is part of the global atmosphere observation program of the World Meteorological Organization (WMO). The research work at the station is performed by researchers from the Universities of York, Bristol and Leeds from the British Natural Environmental Research Council (NERC), the Max Planck Institute for Biogeochemistry (MPI- BGC) Jena and the Leibniz institute for tropospheric research in Leipzig. The TROPOS is responsible for the aerosols investigations in this cooperation. 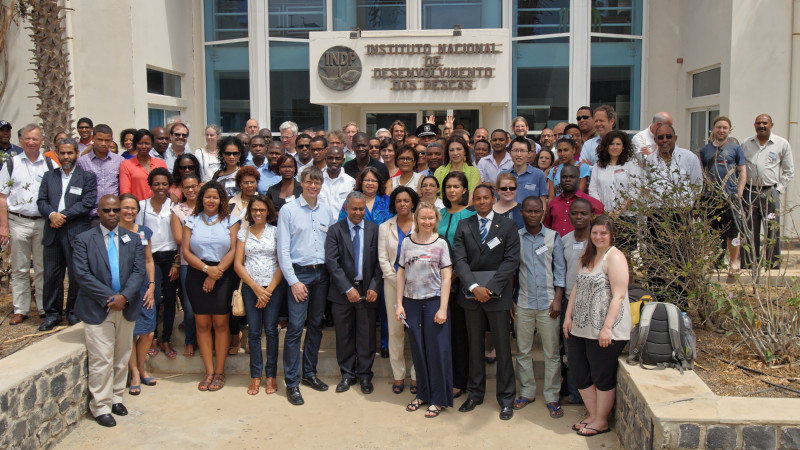 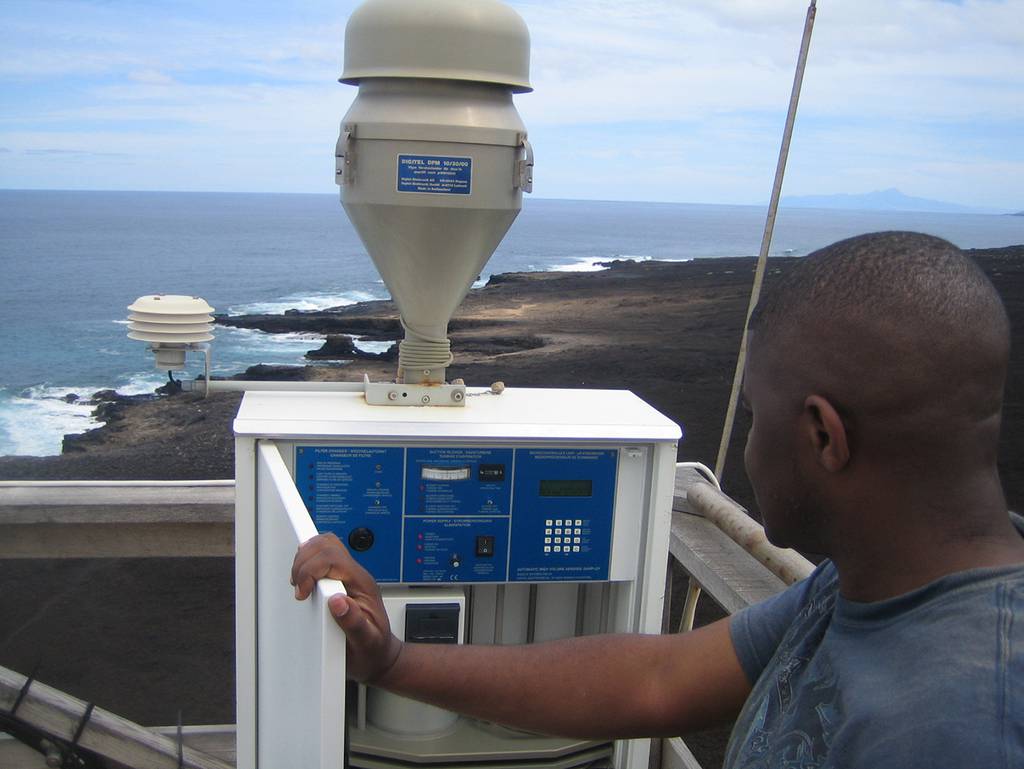 Sampler on the 30m high tower of the CVAO in Sao Vincente, Capo Verde. Source: TROPOS