TROPOS-Researcher under the world-wide most influencing scientists

Leipzig. Under the world-wide most influencing scientist is also one researcher of the Leibniz Institute for Tropospheric Research (TROPOS). Prof. Alfred Wiedensohler is one of only nine German scientists listed in the field of geo-science as reported in the citation ranking (top 1%) of Thomson Reuters. In total, 3200 scientists are listed in 21 research fields from agriculture, medicine, and social science to space science. For this ranking, scientific publications form 2002-2012 were evaluated and how often they have been cited in other publications.

The authors of the report “THE WORLD’S MOST INFLUENTIAL SCIENTIFIC MINDS 2014” write in their introduction: “Everyone acknowledged in this book is a person of influence in the sciences and social sciences. They are the people who are on the cutting edge of their fields. They are performing and publishing work that their peers recognize as vital to the advancement of their science. These researchers are, undoubtedly, among the most influential scientific minds of our time.”

This ranking is based on the data of „ISI Web of Knowledge“, the largest international data bank of scientific articles mostly published in English. It was build up by the Institute for Scientific Information (ISI) and belongs to the media group Thomson Reuters now. Impact factors (how often is an article of a journal in average cited in a publication) of scientific journals are based on the data bank. The frequency of citations and the number of publication are often taken to evaluate the scientific output of individual researcher. In spite of all criticism about this way of evaluation, the data of „ISI Web of Knowledge“ is still the best measure to determine the quality of research.

„ I am very happy about this recognition; however, it is for our whole team. Only due to our experimental work and joint publications, it has been possible. It will encourage us also to be internationally successful in future” says Prof. Alfred Wiedensohler. Since 1994, he works at TROPOS and is head of the Department “Aerosol and Cloud Microphysics” now. Prof. Wiedensohler is a world-wide recognized expert for atmospheric aerosols. He is head of the “World Calibration Center for Aerosol Physics” of the Global Atmosphere Watch (GAW) program of the World Meteorological Organization (WMO), which is hosted at TROPOS in Leipzig. He is Professor at the University Leipzig, Institute for Meteorology, and Guest-Professor at the famous Peking University in China. Furthermore, he is Co-Editor-In-Chief of the international journal „Atmospheric Environment. He is author or co-author of more than 300 peer-reviewed publications. His research covers mainly long-term observations and process studies of atmospheric aerosols in the field of air quality and climate. Tilo Arnhold 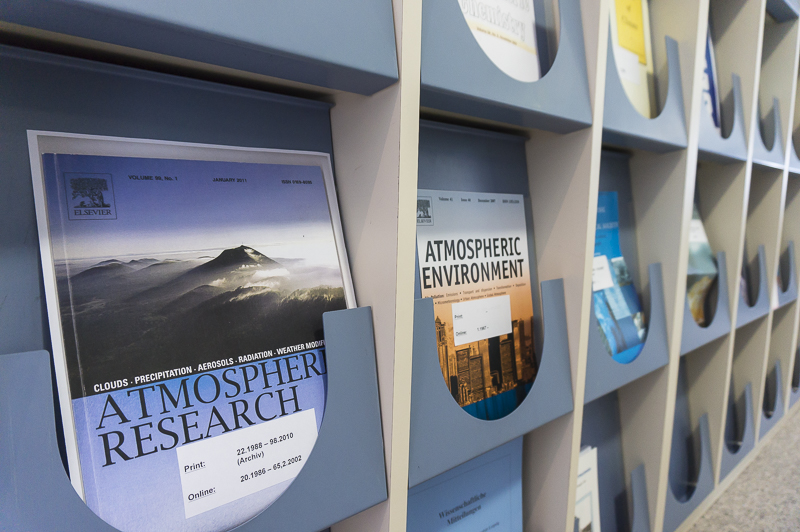