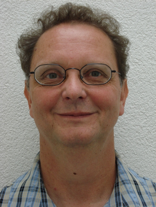 Since January 1994, he works as senior scientist at the Leibniz Institute for Tropospheric
Research, Leipzig Germany and leads currentyl the Department “Experimental Aerosol and Cloud Microphysics".