La Paz/Leipzig. Soot from road traffic in emerging countries can reach high altitudes, where it can be transported over long distances and thus contributes to global warming. This is the conclusion of a study performed by an international team of researchers in the Bolivian cities of La Paz (the seat of government), El Alto and the neighboring Chacaltaya mountain observatory. The reduction of pollutants from road traffic such as soot particles from diesel cars should therefore have high priority in order to both protect the health of the population in the growing conurbations of emerging countries and reduce global warming. The results have been published in the journal Atmospheric Environment.

From 3 to 14 December, the UN Climate Change Conference (COP 24) will take place in Katowice, Poland, where the member states will discuss climate protection measures and negotiate the implementation of the Paris Climate Convention. IASS Potsdam, FZ Jülich and TROPOS discussed at a forum in the EU pavilion how the reduction of air pollution can contribute to human health and climate protection.

Soot particles from combustion processes significantly contribute to air pollution because they contain heavy metals and polycyclic aromatic hydrocarbons which are toxic. A reduction of soot particles through driving restrictions for old diesel vehicles can therefore significantly reduce the health impact, as studies by LfULG and TROPOS have shown based on the low emission zone in Leipzig 2017. However, soot does not only have a negative effect on human health, it also contributes to global warming by absorbing solar radiation.

According to the latest report of the Intergovernmental Panel on Climate Change (IPCC), there are still major uncertainties regarding the quantities and distribution of soot in the atmosphere. While altitude observatories in the Himalayas or the Alps provide insights into these processes, the picture is still very incomplete, especially for the Southern Hemisphere. Large quantities of soot probably enter the atmosphere via forest fires in the tropics as well as from traffic in the growing conurbations of emerging countries. Scientists therefore hope to gain important insights from the Chacaltaya altitude observatory in Bolivia, which became operational in 2012. At 5240 meters, the station is currently the highest measuring station in the world. It is operated by the Universidad Mayor de San Andres (UMSA-LFA) in Bolivia and by a consortium, consisting of institutes from France (Grenoble University/IGE, Laboratoire des Sciences du Climat et de l'Environnement/LSCE and Laboratoire de Météorologie Physique/LaMP), Germany (Leibniz Institute for Tropospheric Research/TROPOS), and Sweden (Stockholm University/SU). Chacaltaya is a unique observatory in the Southern Hemisphere and of great importance for atmospheric research. With Bogota (about 7 million inhabitants on 2640m), Quito (about 2 million inhabitants on 2850m) and La Paz/El Alto (about 2 million inhabitants between 3400 and 4100 m), several of the fast-growing cities in South America are located at high altitude. Therefore, air pollution in this region has a particularly strong impact on the atmosphere and the global climate.

For the recently published study, the team with researchers from Bolivia, Germany, France, the USA, Sweden and Italy could benefit from unique conditions: With three stations at different altitudes (downtown La Paz at 3590m, El Alto Airport at 4040m and Chacaltaya Observatory at 5240m), it was possible to explain the vertical transport of soot. "The measurements clearly show how soot from the city valley emerges with the warmed air up to the El Alto plateau and then partly up to the peaks of the Andes", explains Prof. Alfred Wiedensohler from TROPOS. From the scientists' point of view, there is no doubt that the soot in La Paz comes mainly from road traffic. During the population census on 21 November 2012, all traffic in Bolivia was completely banned for 24 hours so that the population could be registered at their place of residence. Only ambulances were allowed to drive for emergency operations. "The result was impressive: the soot load on the road was reduced from around 20 to less than one microgram per cubic meter. This corresponds roughly to the reduction from 100 to about five percent. There is no clearer way of demonstrating the contribution of soot pollution from road traffic," reports Alfred Wiedensohler. “This finding is important because several cities in the region might be facing the same problem. For instance Cochabamba, the third largest metropolitan area of Bolivia, has serious air quality problems according to the World Health Organization (WHO). Therefore, this study can contribute to strengthen regulations for improving air quality in different cities in the country,” adds Dr. Marcos Andrade from LFA-UMSA, coauthor of the study and coordinator of the CHC-GAW station.

For the scientists involved in the study, it is therefore obvious that the growing traffic with diesel vehicles without particulate filters is an increasing health risk for millions of people in the megacities of emerging countries. Soot is also slowing down efforts to limit climate change by reducing greenhouse gas emissions. Tilo Arnhold

The study was funded by the European Union within the framework of the H2020 programme (ACTRIS-2), the German Federal Environment Agency (WCCAP), IRD France (CHARME) and the Swedish funding agencies FORMAS and STINT.

Healthier Air due to the Low Emission Zone (14 Dec 2017)
https://www.tropos.de/en/current-issues/press-releases/details/translate-to-english-umweltzone-senkt-gesundheitsbelastung-deutlich/ 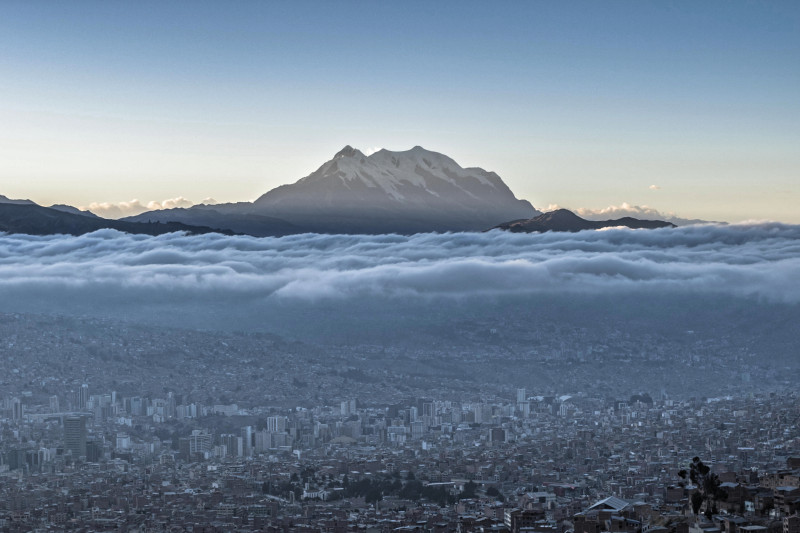 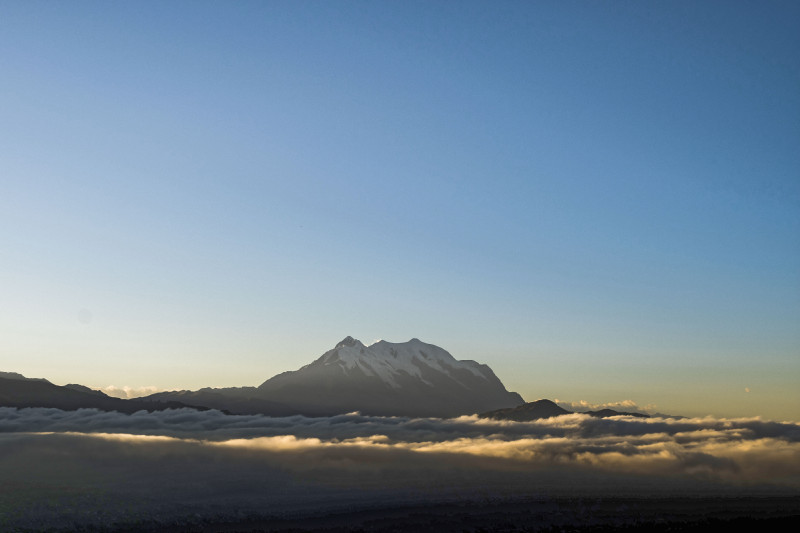 The iconic mountain Illimani (6439m asl) in Bolivia. Soot from road traffic in emerging countries can reach high altitudes, where it can be transported over long distances and thus contributes to global warming. Photo: Ever Veimar Huanca Lucero