Chemists of TROPOS investigate exchange processes between ocean and atmosphere

On July 23, 2015, the FS METEOR set to sea for her second big research cruise this year. Starting from the port of Hamburg, the German open sea research vessel will spend the first month of the four-month expedition in the Baltic Sea. Under the lead of the Leibniz Institute for Baltic Sea Research Warnemünde (IOW) the research focus of this leg of the expedition lies on biochemical processes of upwelling zones in the Gotland Basin and the Gulf of Finland.

Upwelling is a process, which is initiated by certain wind regimes. Deep water that differs significantly from upper water layers is transported to the surface of the sea. Screened from  the  sun,  it  is  much  colder  and  enriched  with  nutrients  and  other  dissolved substances, which have been released into the water by microbial degradation of organic matter at the sea floor. The surface water, on the other hand, is significantly warmed up by solar energy during summer and mostly depleted of nutrients. “Upwelling zones are quite frequent in the Baltic Sea, but sometimes exist only for a few days. They are exciting ‘hotspots’ for marine researchers, because a lot is going on there. The temperature drop, but mostly the supply of fresh nutrients alters the environment for the communities of planktonic organisms as well as the conditions for air-sea exchange processes on a very small temporal and spatial scale,” comments Günther Nausch on the research focus of METEOR cruise 117 titled “BioChemUpwell”. As deputy chief scientist, the longstanding IOW  expert  for  marine  chemistry  and  matter  cycles  is  responsible  for  the  scientific coordination of the cruise together with chief scientist Oliver Wurl from the Institute for Chemistry  and  Biology  of  the  Marine  Environment  (ICBM)  in  Oldenburg.  “To  study  the upwelling  events  from  as  many  angles  as  possible,  five  project  groups  from  three different research institutions have joined forces to take advantage of the synergies of such a collaborative expedition,” adds Nausch.

26 scientists in total, amongst them 20 IOW researchers, participate in the METEOR cruise 117 as scientific crew. Group 1 under the lead of IOW addresses the interaction of the cold upwelling water, which transports nutrients – especially phosphorus– upwards, and the development of cyanobacteria blooms. The research aims at supporting a better forecast and management of those blooms, which are potentially harmful for animals and humans. Group 2, headed by ICBM, explores the impact of the CO2 enriched deep water of upwelling systems  on  carbon  fluxes  and  primary  productivity  at  the  surface.  In  particular,  the researchers investigate the formation of the micro-layers within upwelling zones and their impact on the air-sea CO2 exchange by using highly developed sensors as well as in-situ sampling devices especially developed for this expedition. Group 3 under the lead of the Leibniz Institute for Tropospheric Research (TROPOS) also concentrates on the interface of sea  and  atmosphere:  The  scientists  analyze  the  effect  of  upwelling  zones  on  the composition  of  aerosols  as  these  airborne  climate  relevant  particles  are  significantly influenced by what kind of micro-layers exists on the sea surface. Group 4 under IOW lead investigates the sources of organic mercury compounds in oxygen depleted deeper water layers.  Furthermore,  the  group  analyzes,  how  the  upward  transport  affects  these substances  and  if  –  by  consequence  –  an  air-sea  gas  exchange  of  volatile  mercury compounds increases the biological availability of these pollutants. Group 5, also headed by IOW, examines, how the energy turnover within zooplankton communities changes in response to varying food quality. Such variability can be caused by upwelling events as they  significantly  affect  the  composition  of  phytoplankton,  on  which  the  zooplankton feeds. Last but not least, IOW project group 6 is responsible for the data collection within various long-term monitoring programs. This includes the measurement in varying depths of temperature, salinity and the concentration of nutrients, oxygen, and chlorophyll as well as the survey of phyto- and zooplankton composition.

The  METEOR’s  track  to  the  Eastern  Gotland  Basin  and  to  the  Gulf  of  Finland  is  in  parts flexible as the occurrence of upwelling zones cannot be predicted in time and space. “We will  be  able  to  recognize  the  current  position  of  an  upwelling  zone  by  our  routine measurements on board as the key parameters of the cold water from deeper layers differ very recognizably from those of the surface water.  In addition, we will cooperate closely with our land-based IOW colleagues from  the  remote sensing team, who will constantly supply us with satellite information on the sea surface temperature and the occurrence of sudden cold spots, which typically indicate an upwelling event,” explains Günther Nausch. The  METEOR  cruise  117  will  be  concluded  on  August  17,  2015,  in  Rostock,  where  the scientific  crew  of  this  particular  part  of  the  expedition  will  disembark.  Afterwards,  three more cruise legs will lead the METEOR into the Atlantic with her final destination in the port of Walvis Bay/Namibia.  More information on the research vessel METEOR: www.portal-forschungsschiffe.de/index.php?index=53 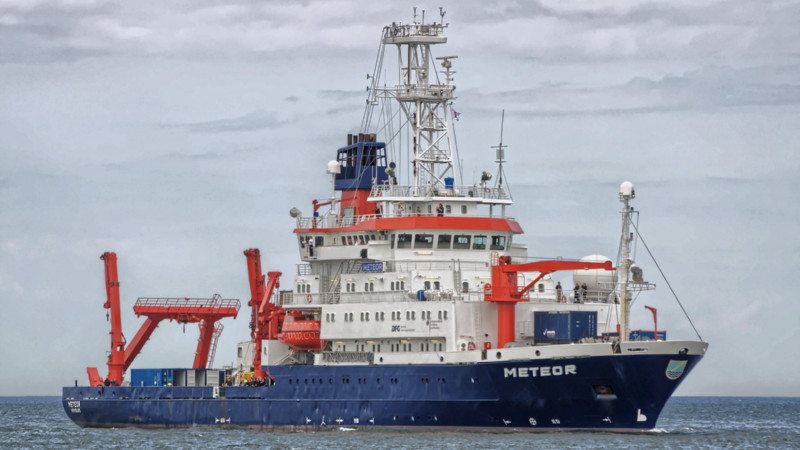 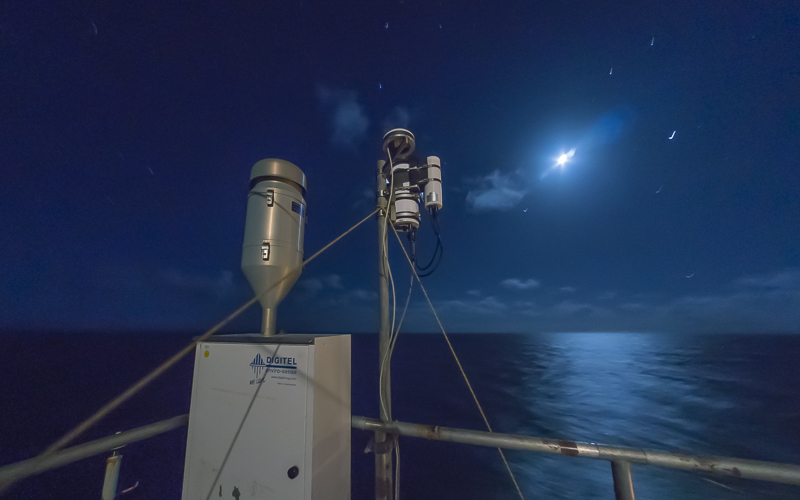 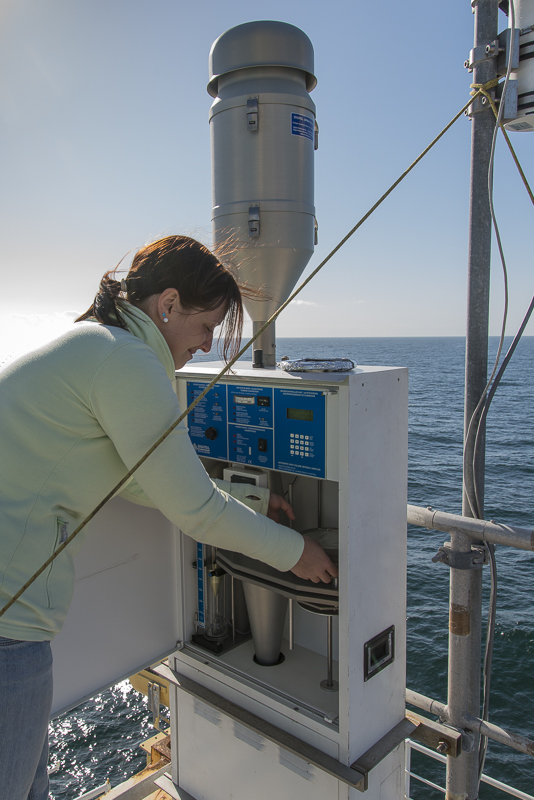 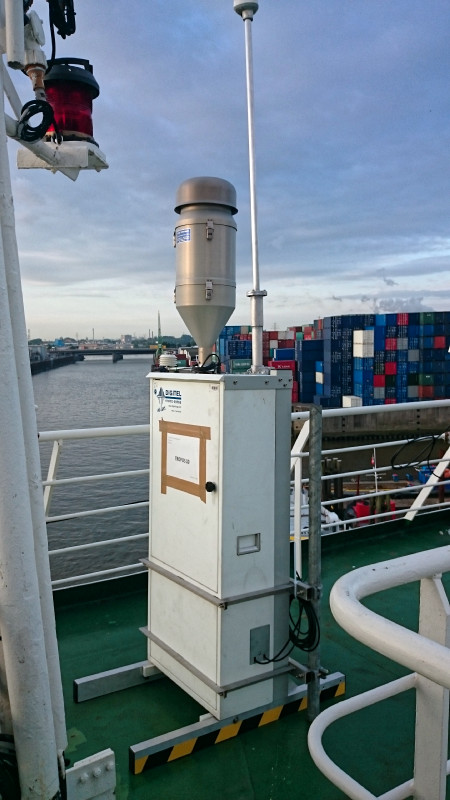 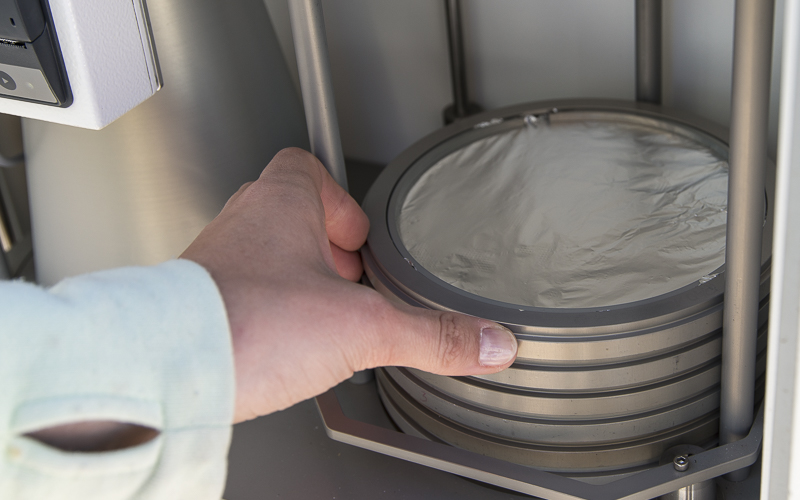