Up to now scattering of light not sufficiently accounted for

Leipzig. It is an often observed effect in worlds laboratories that now reveals its relevance for climate research. Quickly shaking a tissue culture flask produces transluscent “swirls” when the liquid contains a sufficiently dense suspension of microorganisms. An international research team including Prof. Andreas Macke, Director of the Leibniz-Institute for Tropospheric Research, explained this optical phenomenon now. In a paper of the renomated science journal “Proceedings of the National Acadamy of Sciences” (PNAS) the researcher report that the typically elongated shaped bacteria get aligned in regions of largest shear of the fluid which in turn provides a stronger scattering into the forward and backward direction compared to randomly oriented particles. This orientation effect generally holds for plankton in the most upper ocean layer and would lead to a larger penetration depth of sunlight than predicted by previous models.

Wind stress at the ocean surface produces a vertical shear in which the elongated phyto plancton particles and bacteria become oriented. In case of natural microbial assemblages moderate shear velocities can increase the back (and forward) scattering of the incident light by 20%. During phyto-plankton blooms already small velocities can change scattering by more than 30%. A larger penetration depth of solar radiation would have consequences on photosynthesis rates, primary production and thus the CO2-uptake of the ocean. The study reveals a subtle interplay between fluid dynamics, ocean biology and ocean optics. “These results proof that biophysical interactions on the microscale can play an essential role on global scale marine processes,” Andreas Macke explained.

The orientation-induced change of the light transmissivity also leads to a change in the reflected sun light. The latter effects the satellite based remote sensing of plankton concentrations in the world oceans so that correction of the previously retrieved plankton loads might become necessary. Macke has demonstrated similar orientation effects for ice crystals in troposheric cirrus clouds.

This work was supported in part by Australian Research Council (ARC), by the Massachusetts Institute of Technology (MIT) and by the National Science Foundation (NSF). 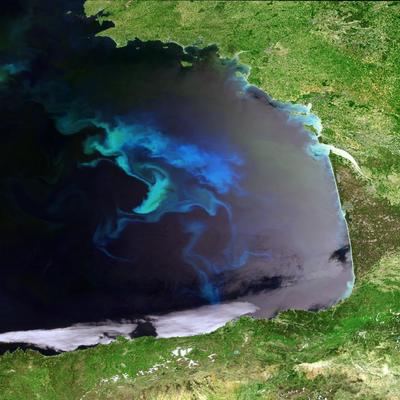 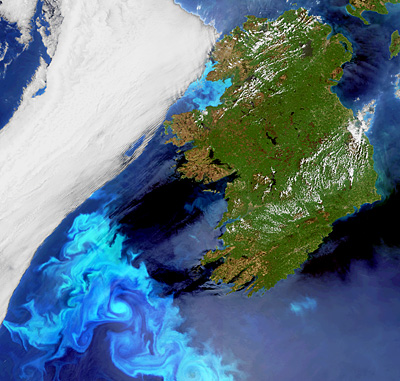