Lund/Hampton/De Bilt/Karlsruhe/Mainz/Leipzig. Although global concentrations of greenhouse gases in the atmosphere have continuously increased over the past decade, the mean global surface temperature has not followed the same path. While this slow down in global warming is not fully understood, a team of international reseachers have now found an explanation: the incoming solar radiation in the years 2008-2011 was twice as much reflected by volcanic aerosol particles in the lowest part of the stratosphere than previously thought. For this atmospheric layer little information was available, but now the IAGOS-CARIBIC project, based on civil Airbus aircraft from Lufthansa, combined with satellite observations from the CALIPSO lidar, provided new essential information. According to a study in Nature Communications, the cooling effect due to volcanic eruptions was clearly underestimated by climate models used for the last Intergovernmental Panel on Climate Change (IPCC) report. Led by the University of Lund, Sweden, and supported by the NASA Langley Research Center, USA, and the Royal Netherlands Meteorological Institute, three major German atmospheric research institutes were also involved: the Max Planck Institute for Chemistry in Mainz (MPI-C), the Leibniz Institute for Tropospheric Research in Leipzig (TROPOS) and the Karlsruhe Institute of Technology (KIT). Since volcanic eruptions are unpredictable, additional cooling may or may not continue in the next few years. On the long-term the temperature increase caused by the greenhouse gases will dominate over the cooling effect caused by volcanic eruptions, because the greenhouse gas concentrations are still continuously increasing.

In the first decade of the 21st century the average surface temperature over the northern mid-latitude continents did not increase. This effect was intensively discussed in the scientific community and can be now explained by the new study on volcanic aerosol particles in the atmosphere reported here. The study uses data from the tropopause region up to 35 km altitude, where the former is found between 8 km (poles) and 17 km (equator) altitude. The tropopause region is a transition region between the underlying wet weather layer with its clouds (the troposphere) and the dry and cloud-free layer above (the stratosphere). The analysis could be realized when the team combined two different experimental approaches: sampling and in situ measurements made by IAGOS-CARIBIC together with observations from the CALIPSO satellite.

In the CARIBIC project (www.caribic-atmospheric.de) trace gases and aerosol particles in the tropopause region are measured since 1997. A modified air-freight container is loaded once per month for four intercontinental flights into a modified Airbus A340-600 of Lufthansa. Altogether about 100 trace gas and aerosol parameters are measured in situ at 9-12 km altitude as well as in dedicated research laboratories after flight. CARIBIC thus constitutes a crucial cornerstone of the worldwide atmospheric monitoring network for a better understanding of atmospheric processes and climate change. TROPOS is responsible for the in situ aerosol particle measurements in this unique project. Collected particles are analyzed at the University of Lund, Sweden, using an ion beam accelerator for measuring the amount of particulate sulfur. When comparing this particulate sulfur concentration to the in situ measured ozone concentration this ratio is usually quite constant at cruise altitude. However, volcanic eruptions increase the amount of particulate sulfur and thus the ratio becomes an indicator of volcanic eruption influencing the tropopause region. „The ratio of particulate sulfur to ozone from the CARIBIC measurements clearly demonstrates the strong influence from volcanism on the tropopause region”, reports Dr. Sandra M. Andersson and Prof. Bengt G. Martinsson of the University of Lund, who are the lead authors.

The second method is based on satellite observations. The Cloud-Aerosol Lidar and Pathfinder Satellite Observation (CALIPSO) mission, a collaboration between the National Aeronautics and Space Administration (NASA) in the US and the Centre National d’Etude Spatiale (CNES) in France, has provided unprecedented view on aerosol and cloud layers in the atmosphere. Until recently, the data had only been scrutinized where volcanic aerosols are known to affect our climate for a long time, above 15 km. The forgotten region of the stratosphere, also called the lowermost stratosphere, has now been fully taken into account to evaluate the impact of smaller volcanic eruptions on the climate. “Dr. Sandra Andersson, former PhD student working with Prof. Martinsson has done a really great job in digging into the CALIPSO data to search for the missing layers” said Dr. Jean-Paul Vernier from NASA Langley Research Center, USA.

The influence from volcanic eruptions on the stratosphere was small in the northern hemisphere between 1999 and 2002. However, strong signals of volcanic aerosol particles were observed between 2005 and 2012. In particular three eruptions stand out: the Kasatochi in August 2008 on the Aleutian Islands in Alaska (USA), the Sarychev in June 2009 on the Kuril Islands near Kamchatka (Russia) and the Nabro in June 2011 in Eritrea at the Red Sea. Each of the three eruptions injected more than one megaton of sulfur dioxide (SO2) into the atmosphere. „Virtually all volcanic eruptions reaching the stratosphere lead to more particles there, as they bring in sulfur dioxide, which is converted to sulfate particles“, explains Dr. Markus Hermann of TROPOS, who conducts the in situ particle measurements in CARIBIC.

Whether a volcanic eruption has a global climate impact or not depends on several factors. There is the amount of volcanic sulfur dioxide as well as the injection height. But also the latitude of the eruption is important: As the air flow in northern hemispheric stratosphere is largely disconnected from the southern hemisphere, only volcanic eruptions near the equator can effectively distribute the emitted material over both hemispheres. In April 2015 the scientific community commemorated the Tambora eruption on the Indonesian Island Sumbawa (8° northern latitude) 200 years ago. This eruption led to such a strong global cooling that the year 1816 was called „year without summer“, including worldwide crop failures and famines. Also the Krakatau eruption 1883 on Indonesia (6° southern latitude) or the Pinatubo 1991 on the Philippines (15° northern latitude) led to noticeable cooling. The present study now indicates that „the cooling effect of volcanic eruptions was underestimated in the past, because the lowest part of the stratosphere was mostly not considered. Interestingly our results show that the effect also depends on the season. The eruptions investigated by us had their strongest impact in late summer when the incoming solar radiation is still strong“, explains Dr. Sandra M. Andersson. „Overall our results emphasize that the lower stratosphere is more important for the Earth´s climate than expected“, summarize Dr. Carl Brenninkmeijer, MPI-C, and Dr. Andreas Zahn, KIT, unanimously, both CARIBIC coordinators. The CARIBIC observatory was coordinated and operated by the MPI-C until the end of 2014, since then by KIT.

In recent years there has been much discussion about the differences between the modeled and the actually observed warming rates, both on systematic errors in the dependence of the climate on the greenhouse gases increase and on problems to represent the natural fluctuations of the climate realistically in the models. Recent studies have shown that changes in ocean currents, variations in solar activity and also aerosols from volcanoes probably contributed to these differences. Susan Solomon and colleagues had estimated in Science (2011) that the radiative effect of volcanic aerosols in the stratosphere above 15 kilometers altitude is about -0.1 watts per square meter. The new study, however now confirms that the global radiative forcing increases by more than 30% in the period between 2008 and 2011, when the lower stratosphere below 15 kilometers altitude is taken into account. At northern mid-latitudes this effect is even much stronger.

The research was funded by the German Federal Ministry of Education and Research (BMBF; financing the instruments operation of IAGOS-D) and the German Research Foundation (DFG; Priority Programme HALO/SPP 1294). The Deutsche Lufthansa AG (CARIBIC-Observatory) and the NASA Langley Research Center (aerosol measurements by CALIPSO) support the study.

Particulate Carbon and Sulfur in the Lowermost Stratosphere

Effects of aerosol particles on the climate:

„Year Without a Summer“

Important scientific publications on the subject:

The Leibniz Association connects 89 independent research institutions that range in focus from the natural, engineering and environmental sciences via economics, spatial and social sciences to the humanities. Leibniz Institutes address issues of social, economic and ecological relevance. They conduct knowledge-driven and applied basic research, maintain scientific infrastructure and provide research-based services. The Leibniz Association identifies focus areas for knowledge transfer to policy-makers, academia, business and the public. Leibniz Institutes collaborate intensively with universities – in the form of “WissenschaftsCampi” (thematic partnerships between university and non-university research institutes), for example – as well as with industry and other partners at home and abroad. They are subject to an independent evaluation procedure that is unparalleled in its transparency. Due to the institutes’ importance for the country as a whole, they are funded jointly by the Federation and the Länder, employing some 18,100 individuals, including 9,200 researchers. The entire budget of all the institutes is approximately 1.64 billion EUR. http://www.leibniz-association.eu 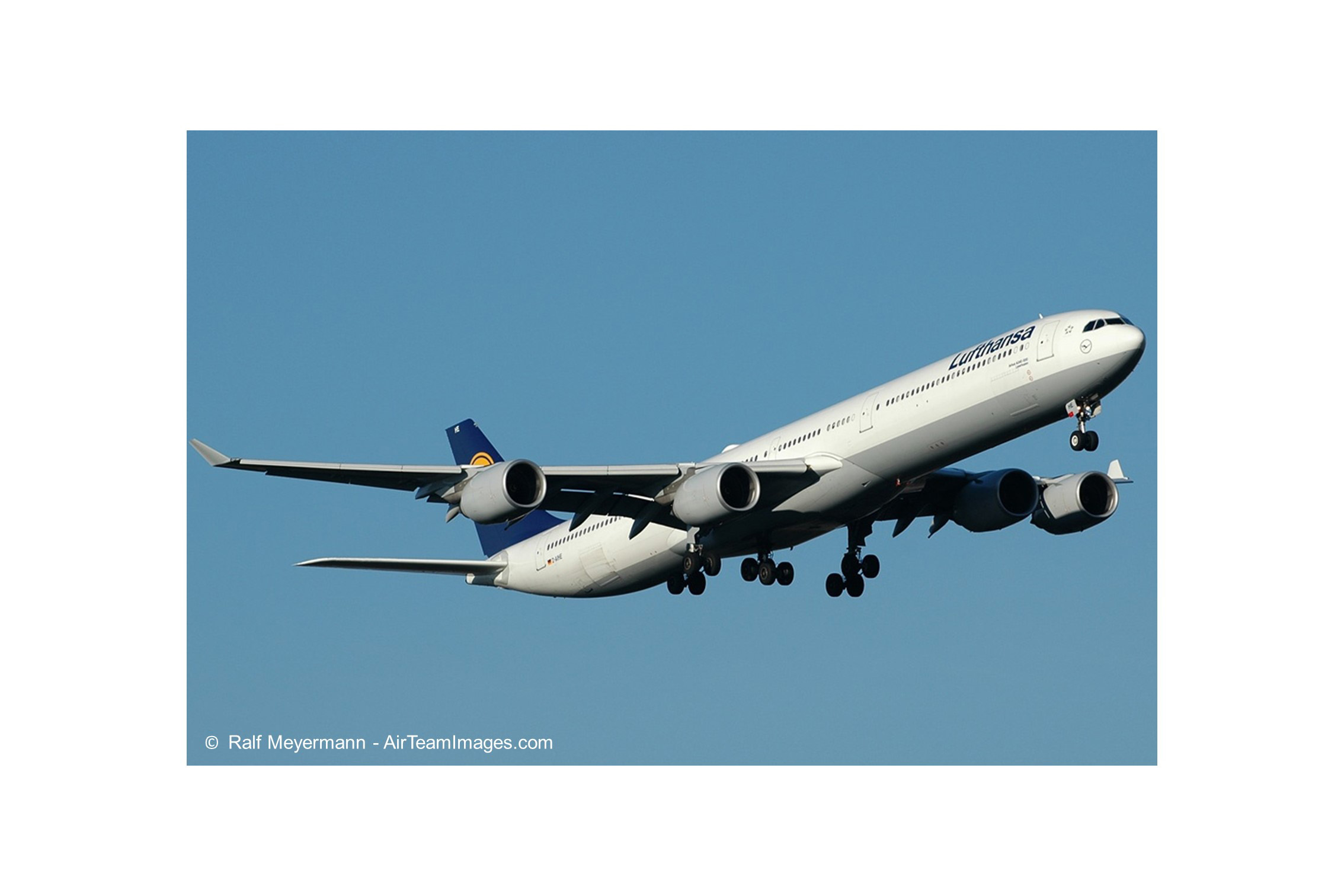 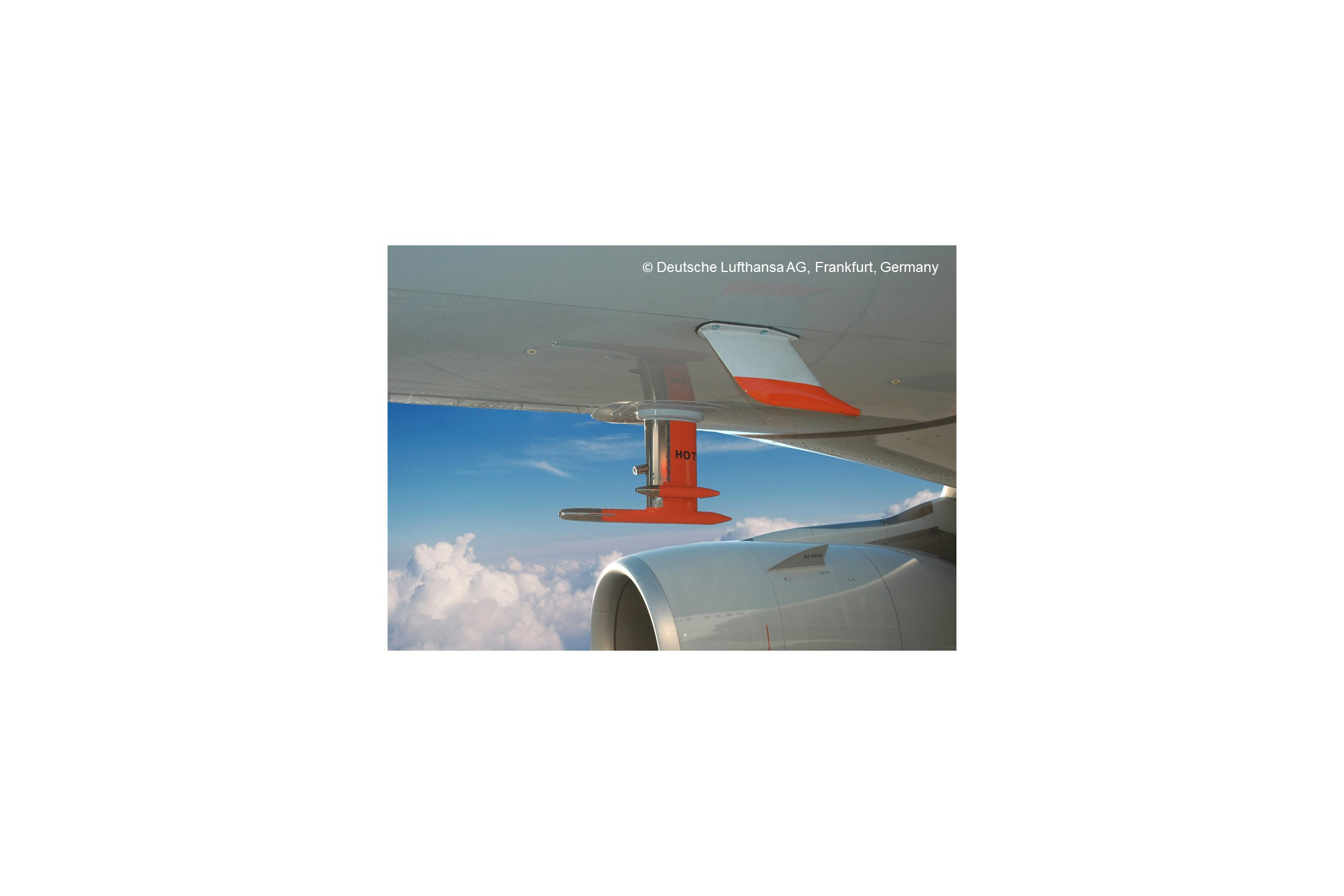 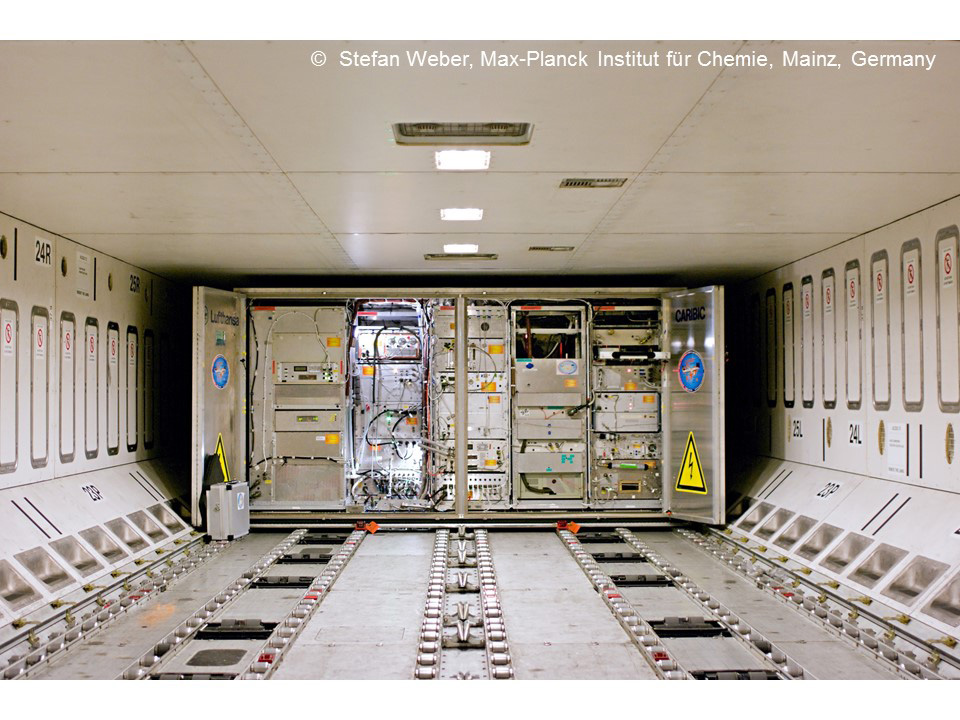 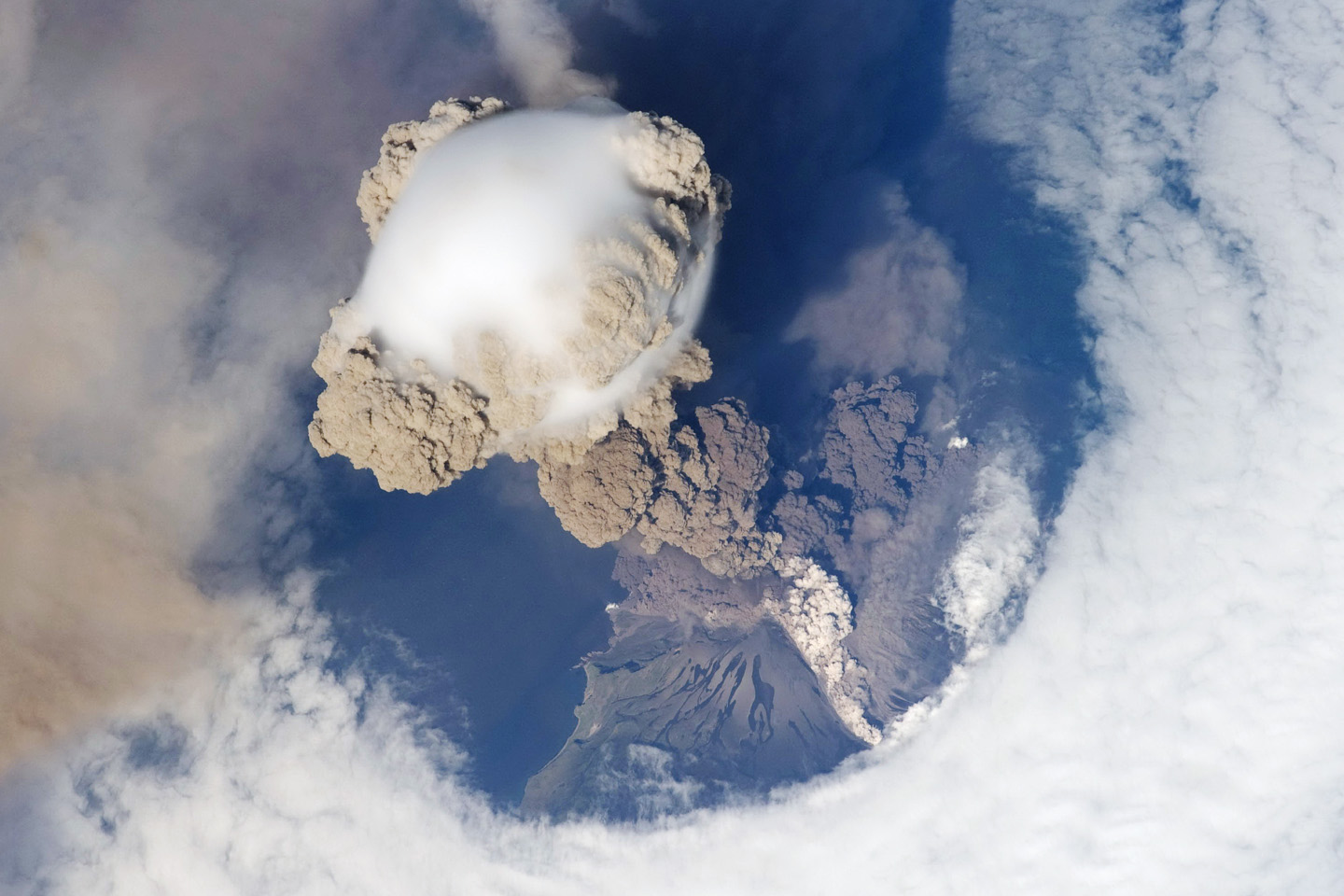 The Sarychev volcano (Kuril Islands, northeast of Japan) in an early stage of eruption on June 12, 2009.
Source: http://earthobservatory.nasa.gov/NaturalHazards/view.php?id=38985 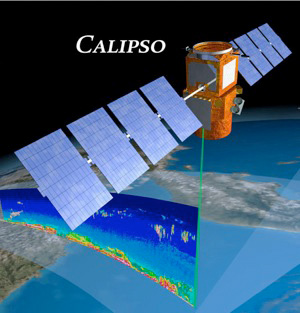