Healthier Air due to the Low Emission Zone

Leipzig (Germany) - The Low Emission Zone in Leipzig was established in March 2011, allowing only access of Diesel vehicles of Euro4 and higher with few exceptions. The ban of older vehicles and subsequent modernization of the car fleet resulted in slightly reduced PM10 and PM2.5 mass concentrations. However, the mass concentration of black carbon (soot particles) emitted mainly from Diesel vehicles decreased by 60% at the street site. These particles are believed to be most dangerous due to their carcinogenic trace compounds such as polycyclic aromatic hydrocarbons. Furthermore, also the number concentration of ultrafine particles, which can penetrate deep into the lungs, decreased by approximately 70%. Despite modernized Diesel vehicles, nitrogen oxides concentrations did not follow these trends and remained nearly constant. The main achievement of the Low Emission Zone was the improvement of air quality by the reduction of the most dangerous particles.
The findings are part of a joint scientific study by the Saxon State Office of the Environment, Agriculture and Geology (LfULG) and the Leibniz Institute for Tropospheric Research (TROPOS).

From the beginning, the City of Leipzig implemented the Low Emission Zone at the highest regulatory level. Only vehicles with green emission stickers have been allowed to enter the low emission zone. Leipzig’s low emission zone covered approximately two thirds of the total city area. At the time of implementation, the City of Leipzig was under heavy criticism, mainly from small and mid-sized enterprises, which were put under pressure to renew their fleet of light duty vehicles to a modern standard. The City of Leipzig received the final report on the 'Effect of the Low Emission Zone on Air Quality' from the Saxon State Office for the Environment (LfULG) and the Leibniz Institute for Tropospheric Research (TROPOS). The final conclusion of the report was very positive. Scientists from both institutes complimented the regular air quality observations by additional measurements and investigated changes over the period of seven years. Thirteen monitoring stations in Saxony provided data. In seven of these 13 stations, black carbon and ultrafine particle have been additionally measured. Although, these particle measurements are not prescribed by law.

In order to evaluate the assessment of the low emission zone, the scientists determined the reduction of tailpipe emissions of black carbon and ultrafine particles at a street-site by taking into account the concentrations measured in the urban background. The reduction in black carbon and ultrafine particles was most significant at the measuring station 'Leipzig Mitte' (Leipzig Central). This is the measuring station at the congested at the inner city ring road. There, the mass concentration of carcinogenic soot particles dropped by approximately 60% and the number concentration of ultrafine particles by ca. 70%.  "This has significantly reduced the toxic composition of particulate matter," emphasized Professor Alfred Wiedensohler from TROPOS.  "In terms of the PM mass concentration, this reduction corresponds only to about 5%. Since these particles are however part of the highly toxic fraction of fine particulate matter, the health risk of the population was significantly reduced. The low emission zone was thus a meaningful and successful measure of the city administration of Leipzig to protection of the health of their citizens ", summarized the air quality expert Gunter Löschau from the LfULG.

The representative of city also drew a positive conclusion: "The implementation of the low emission zone in Leipzig was in line with our legal responsibility and a consistent step to achieve a significant improvement in terms of health for the citizens and visitors of the city," stated Heiko Rosenthal, mayor of environment, order, and sports of the city of Leipzig. From the beginning, the low emission zone of Leipzig only allowed vehicles in the city with a green sticker, which significantly accelerated the modernization and thus very quickly reduced the particulate emissions of the vehicles. "In doing so, we have succeeded in cushioning the necessary balance between being affected by the ban of vehicles on one the hand, by exemptions on the other hand, but also not losing sight of the actual objective of the low emission zone," Rosenthal continued.

With the modernization of the vehicle fleet accelerated the effect of the low emission zone. The proportion of diesel vehicles registered in Leipzig however rose from 19 to 26% between 2010 and 2016 - with negative consequences: While black carbon and the number concentration of ultrafine particles decreased, the concentration of gaseous nitrogen oxides (NOx) is stagnant and is still too high.

The scientists stressed that efforts still must be made to further improve the air quality in terms of protecting the population. This applies not only to the exceedance of the limit value for nitrogen dioxide (NO2), but also for particulate matter. It would be wrong to rest, since the legal limit for particulate matter (PM10) has been met since 2015. Not only the measures for air pollution, but also the meteorological conditions with mild winters would have an influence.

­­­The final report on the "Impact of the Leipzig low emission zone on air quality" is now available for anyone in German to download:

Saxon State Office of the Environment, Agriculture and Geology (LfULG)

The Leibniz-Institute for tropospheric research (TROPOS) is member of the Leibniz Association, which connects 91 independent research institutions that range in focus from the natural, engineering and environmental sciences via economics, spatial and social sciences to the humanities. Leibniz Institutes address issues of social, economic and ecological relevance. They conduct knowledge-driven and applied basic research, maintain scientific infrastructure and provide research-based services.

They are subject to an independent evaluation procedure that is unparalleled in its transparency. Due to the importance of the institutions for the country as a whole, they are funded jointly by the Federation and the Länder, employing some 18,700 individuals, including 9,500 researchers. The entire budget of all the institutes is approximately 1.8 billion Euros.
https://www.leibniz-gemeinschaft.de/en 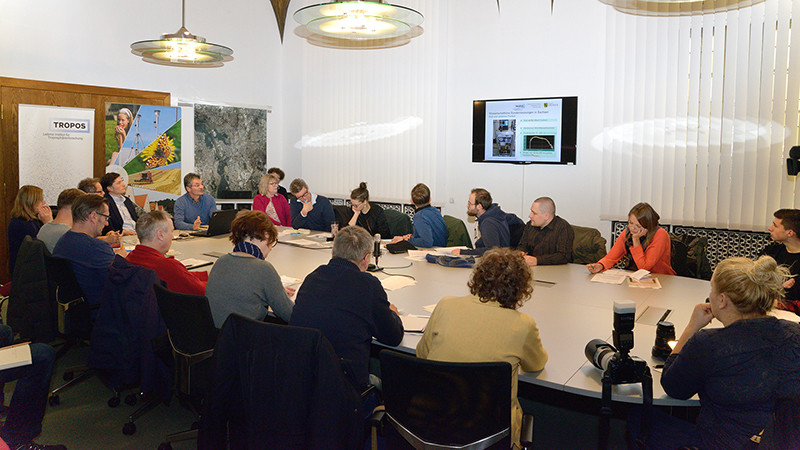 LfULG and TROPOS showed a positive trendfor air quaility in Leipzig when presenting its final report on the impact of the environmental zone on air quality. Photo: Tilo Arnhold/TROPOS 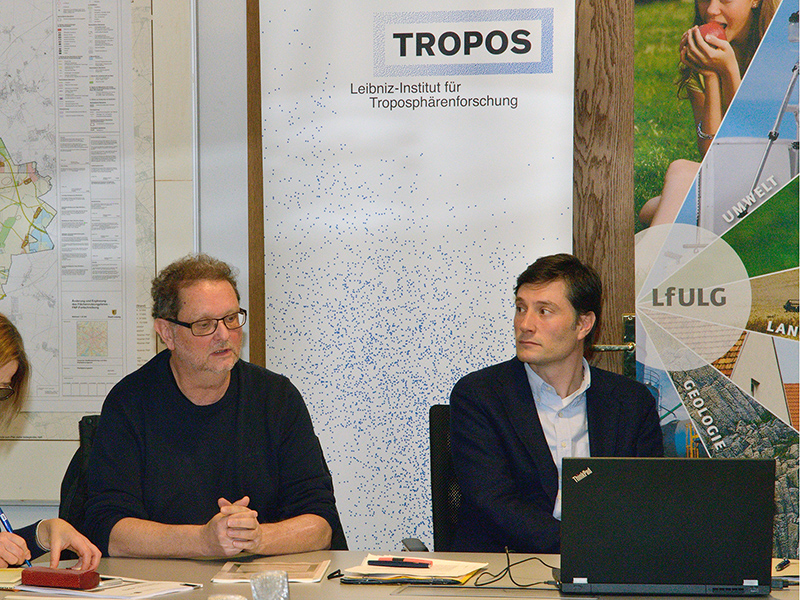 Prof. Alfred Wiedensohler from TROPOS (left) presents the report together with Dr. Ing. Gunter Löschau from the LfULG and Heiko Rosenthal, Mayor for the Environment, Order, Sports of the City of Leipzig (right), in the town hall. Photo: Tilo Arnhold/TROPOS 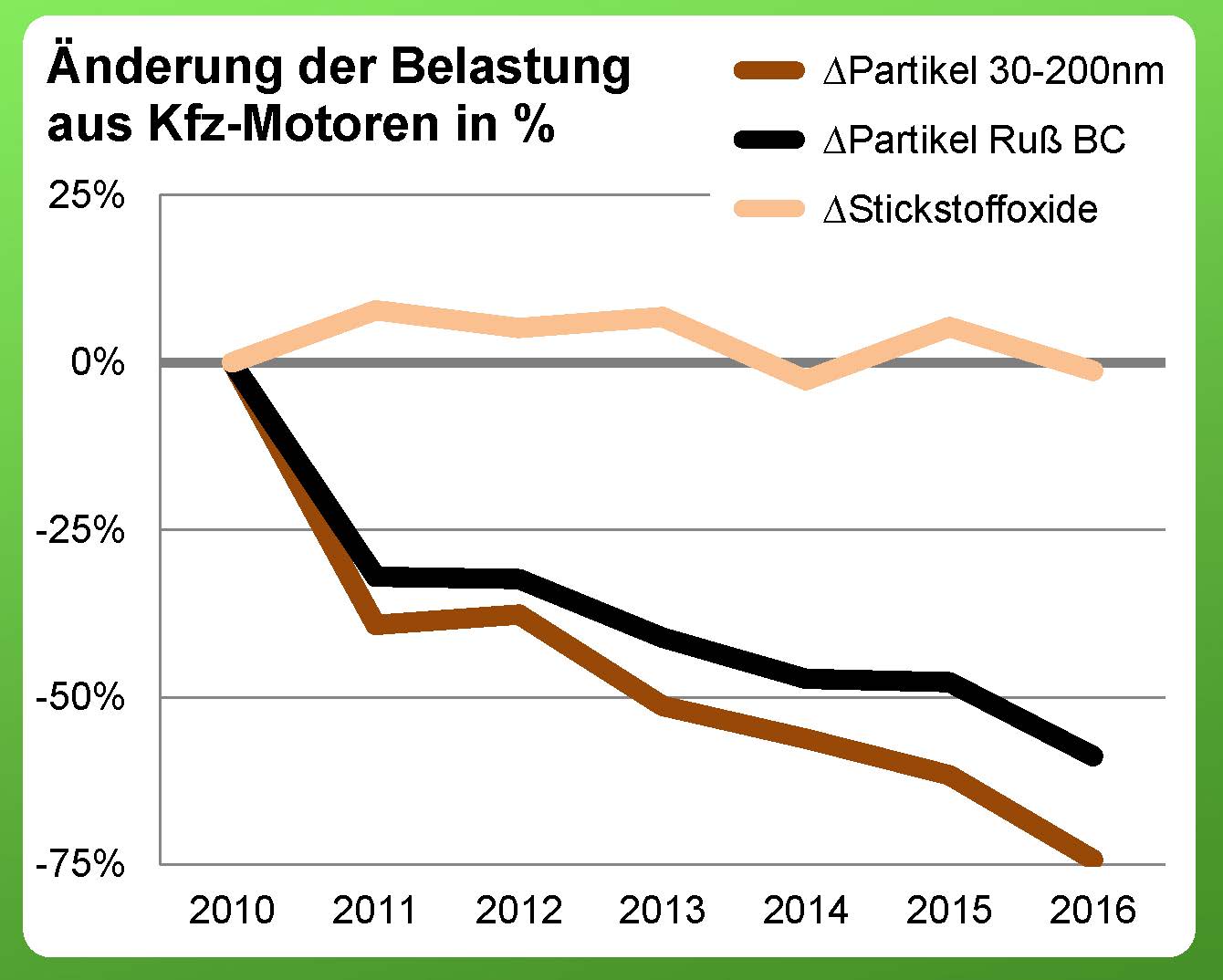 The study by LfULG and TROPOS shows that the concentrations of the carcinogenic combustion particles of diesel vehicles have been reduced by more than half. In contrast, the pollution with nitrogen oxides has remained nearly constant despite the modern diesel vehicles. Source: Leipzig Environmental Zone - final report, LfULG/TROPOS 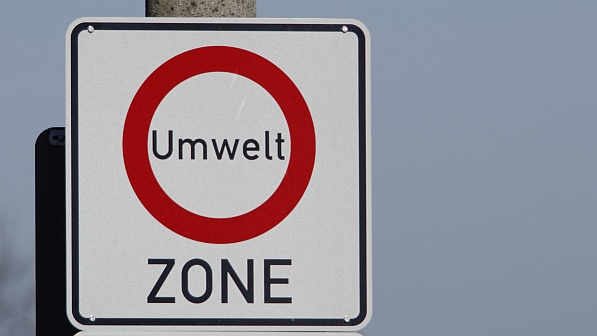 Although the total mass of particulate matter was only slightly reduced by the modernization of the vehicles, the scientists were able to prove that the initially heavily debated environmental zone in Leipzig contributes significantly to the health protection of the population. Photo: Tilo Arnhold, TROPOS