Helsinki/Jülich/Leipzig. Scientists made an important step in order to better understand the relationships between vegetation and climate. So-called extremely low-volatility organic compounds, which are produced by plants, could be detected for the first time during field and laboratory experiments in Finland and Germany. These organic species contribute to the formation of aerosol that can affect climate and air quality, they report in this week’s issue of the journal NATURE. The results may help to explain discrepancies between observations and theories about how volatile organic compounds produced by vegetation are converted into atmospheric aerosol – especially over forested regions.

Forests emit large amounts of volatile organic compounds (VOC). Their reaction products form the so-called secondary organic aerosol. In this case, gases are converted into particles that reflect solar radiation or act as nuclei for cloud droplets. These processes have a major influence on the climate and are therefore of special scientific interest. However, the model calculations have been very inaccurate, as there are still large gaps in our knowledge concerning the role of the compounds emitted by plants during the transition between gaseous and solid state. As long as these processes are poorly understood, it is difficult to give accurate predictions. This uncertainty also affects all climate models.

Large uncertainties do primarily exist regarding the growth of newly formed particles towards cloud nuclei on which water condenses, thus initiating the formation of clouds. The particle growth in the diameter range between about three and one hundred nanometers requires low-volatile organic vapors, as has been speculated. These "extremely low-volatility organic compounds (ELVOC)” have been hardly detected so far and their possible formation pathways are very speculative. Latest progress in the measurement techniques made their detection possible. Until recently, these compounds could not be measured because they are very short-lived. As soon as these molecules collide with a surfaces, they remain adsorbed and cannot be detected in the gas phase by analytical instruments. To prevent this, the ELVOCs are directly ionized under atmospheric conditions in the gas phase, and subsequently transported as an electrically charged ELVOC-molecule into the sensor (mass spectrometer), where the detection takes place. This powerful analytical method using mass spectrometric detection is called CI-APi-TOF (chemical ionization - atmospheric pressure interface time -of-flight mass spectrometry).

The newly released study by scientists from Finland, Germany, the USA and Denmark consists of several parts. The field measurements were carried out at the station of the University of Helsinki in Hyytiäla in southern Finland, which is typical for boreal forests, which cover eight percent of the earth's surface. The main part of the study comprises laboratory investigations performed in a reaction chamber at the Research Center Jülich. The Jülich Plant Atmosphere Chamber (JPAC) is a 1.5-cubic-meter glass chamber under controlled conditions of temperature, humidity and irradiation. "We have focused our efforts on the oxidation of α-pinene, because it accounts for about half of global monoterpene emissions," explains Dr. Mikael Ehn from the University of Helsinki, who is the first author of this study and did the pioneering work for the discovering of ELVOCs. Every forest visitor can recognize these compounds as the typical fir needle smell. “We managed to present the first molecular evidence of a direct and ubiquitous source of ELVOCs arising from the oxidation of monoterpenes and other volatile organic compounds in the gas phase." This produces vapors with relatively large molecules containing many hydrogen atoms as well as approximately the same number of oxygen as carbon atoms. "The results suggest that about 10 percent of the reacting VOC mass is converted tosecondary organic aerosol over the tree tops. Previous estimates were based on a share of less than 5 percent. This shows that the role of ozone (the oxidant of α-pinene and other monoterpenes) has been underestimated. There is still quite large uncertainty in climate models at this point," the lead author states. Mikael Ehn has been working on this study over four years and is glad that the international cooperation in the large team has made it possible not only to detect these new compounds but also to explain the mechanism that leads to the formation.

Measurements in the chemistry laboratory of the Leibniz Institute for Tropospheric Research (TROPOS) in Leipzig have also contributed to this result. The researchers let the needle scent α-pinene react with both "normal" ozone (16O3) and “labeled”, heavier ozone (18O3), in order to determine the portion of heavy oxygen atoms (18O) in the formed ELVOCs. "These experiments allowed us a first insight into the formation mechanism of these compounds and provide the basis for a series of further experiments," as Dr. Torsten Berndt from TROPOS explains. Chemists from TROPOS investigate reactions of OH and other radicals since many years. The hydroxyl radical consisting of one hydrogen and one oxygen atom, is one of the most common free radicals in the air and is therefore often referred as the detergent of the atmosphere.

The new findings help to explain a significant part of the organic mass of aerosol particles in the air, which had remained mysterious to the scientists so far. Changes in the ratio of ozone to OH radicals could be an additional anthropogenic influence on the atmosphere. The formation of the new ELVOCs influences cloud formation and hence the climate, the scientists conclude. The new findings will help to better estimate different land use effects and especially the effects of vegetation on the climate . As a result, the climate models can be improved, which had not sufficiently taken into account the growth of nanoparticles caused by these compounds produced in boreal regions. Tilo Arnhold

The research was funded by the Emil Aaltonen foundation, the US Department of Energy Office of Science, the European Research Council (ATMNUCLE), the European Commission (PEGASOS) and the Academy of Finland Center of Excellence.

Centre of Excellence in Atmospheric Science – From Molecular and Biological processes to The Global Climate: http://www.atm.helsinki.fi/FCoE/

SMEAR II station of the University of Helsinki in Hyytiäla: http://www.atm.helsinki.fi/SMEAR/index.php/smear-ii 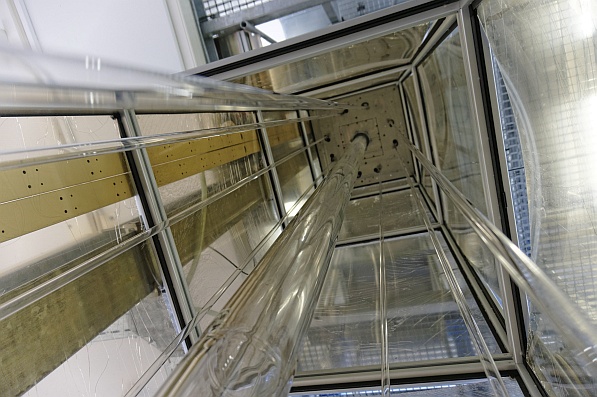 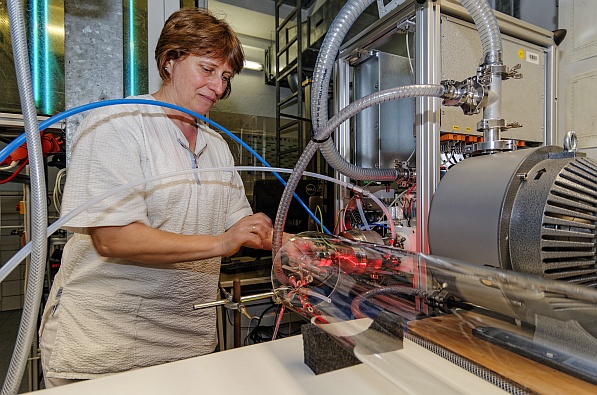 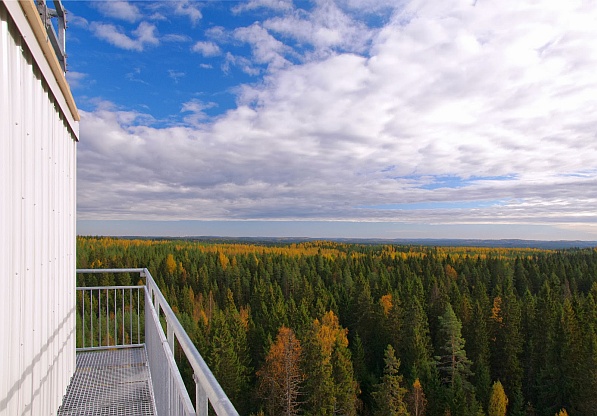 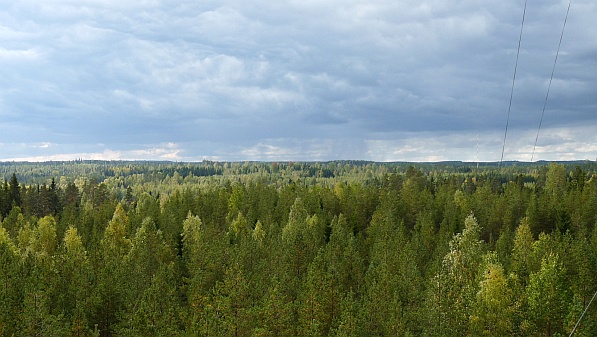