Researchers solve another piece of the puzzle how forests can effect our climate.

Leipzig / Helsinki. A first global scale study has estimated how forest emitted compounds affecting cloud seeds via formation of low-volatility vapours. According to the latest projections, terrestrial vegetation emits several million tons of extremely low-volatility organic compounds (ELVOCs) per year to the atmosphere. These oxidation products of compounds such as monoterpenes results in an increase of condensing vapours that can further form cloud condensation nuclei over the continents and thus has an influence on the formation of clouds. They can therefore play an important role for the climate, especially in the great forest regions of the world such as the taiga or the tropical rainforests. This is concluded in an international study led by the Leibniz Institute for Tropospheric Research (TROPOS) and the University of Helsinki. The results were conducted in laboratory experiment in Leipzig. The results show for the first time for a number of natural compounds, which together account for around 70 per cent of the biological hydrocarbon emissions, how much each compound produces low-volatility products and how they can possibly effect the climate via producing aerosol particles. The study is published online in the early edition of "Proceedings of the National Academy of Sciences” of the USA (PNAS).

Aerosol particles act as cloud droplets and thus reflect solar radiation back to space cooling down the planet. They play a crucial role in cloud formation and therefore also affect rainfall, cloud cover and climate in general. The tiny aerosol particles can originate from e.g. dust, pollen or sea spray, emitted straight into the atmosphere or they can be formed from precursor gases. This gas-to-particle conversion is a complicated process and some parts of its first steps still remain unsolved by scientist. This includes the role of oxidized volatile organic compounds, such as limonene and alpha-pinene, the typical scents of the citrus fruits and coniferous forests, in aerosol formation. These compounds are first emitted by plants into the atmosphere and then oxidized by common oxidants, ozone or the OH-radicals. Whether these reactions produce condensing vapours that can condense onto the smallest particles or even molecules can have strong impacts on aerosol formation. As long as these processes are poorly understood, it is difficult to give accurate predictions of the future climate by modern climate models.

An international group of atmospheric chemists and physicist could now have solved another piece in the climate puzzle by means of laboratory experiments and global model simulations. A key to these results was a research led by a team of researchers from University of Helsinki, Finland and Jülich research centre in Germany. The discovery of the extremely low-volatility organic compounds (ELVOCs) was published last year in Nature. These observed highly oxygenated organics or ELVOC’s can support particle growth of the smallest nanoparticles and thus can explain the contribution of organic compounds in aerosol formation. The second discovery was made by the Leipzig-Helsinki team who found the mechanism leading to the rapid formation of these oxidized organic compounds. In the journal "Angewandte Chemie", Jokinen and co-workers report that auto-oxidation, which can, for example spoil plastics or food, also plays an important role in the atmospheric aerosol formation. In the "Proceedings of the National Academy of Science" (PNAS), the team has now studies how different biogenic compounds produce ELVOC’s and how relevant these compounds are for the atmospheric processes. For the first time they could estimate the global effects of ELVOC in cloud condensation nuclei production.

In order to investigate the formation of the extremely low-volatility organic compounds the team has studied five abundant biogenic organic compounds with different chemical structures. The compounds all reacted with ozone and OH-radicals producing ELVOC. They found that the ELVOC formation happens very fast and that the chemical structure of the precursor gases determines how effectively they form ELVOC’s.

"The structure of biogenic compounds that are emitted into the atmosphere influences how they are oxidized in the air and if they produce vapours that can condensate", summarizes the leading author Tuija Jokinen of the University of Helsinki, who carried out these studies in Leipzig at TROPOS. In the experiments, five biogenic organic gases (limonene, α-pinene, β-pinene, myrcene and isoprene) were passed through the laminar flow tube and then examined by a CI-APi-TOF mass spectrometer. "Our results show that the ozonolysis of monoterpenes like α-pinene or limonene leads to a greater efficiency of ELVOC production than a well-known oxidation via OH-radicals. On the other hand, β-pinene, myrcene and isoprene, produce much less ELVOC’s, which are an important biogenic sources for the formation of particles in the atmosphere”, emphasizes Dr. Torsten Berndt of TROPOS, who was involved in all three publications.

The results from the experiments were incorporated into a global atmospheric model to assess the impact of ELVOC on the particle formation and growth in the atmosphere. The international team used ECHAM5-HAM, an aerosol climate model, which was originally developed at the Max Planck Institute for Meteorology in Hamburg. According to the researchers, the extended model in the study is the first global aerosol model that combines the formation processes of secondary organic aerosol (SOA) with the ELVOC production from experiments. "The results show that biogenic processes forming SOA in general and the recently discovered ELVOC-compounds in particular play an extremely important role in the chemistry of the atmosphere", explains Prof. Hartmut Herrmann, head of the Department of Atmospheric Chemistry at TROPOS. The recently published research results provide further evidence that forests can affect the climate by producing low-volatility vapours that are able to condense and grow aerosol particles. These results will help to improve the climate models that are used to describe the future climate. Tilo Arnhold/ Tuija Jokinen

The research was funded by the European Commission (projects PEGASOS und BACCHUS), the Academy of Finland and the European Research Council ERC (ATMNUCLE).

Centre of Excellence in Atmospheric Science – From Molecular and Biological processes to The Global Climate http://www.atm.helsinki.fi/FCoE/

SMEAR II station of the University of Helsinki in Hyytiäla http://www.atm.helsinki.fi/SMEAR/index.php/smear-ii 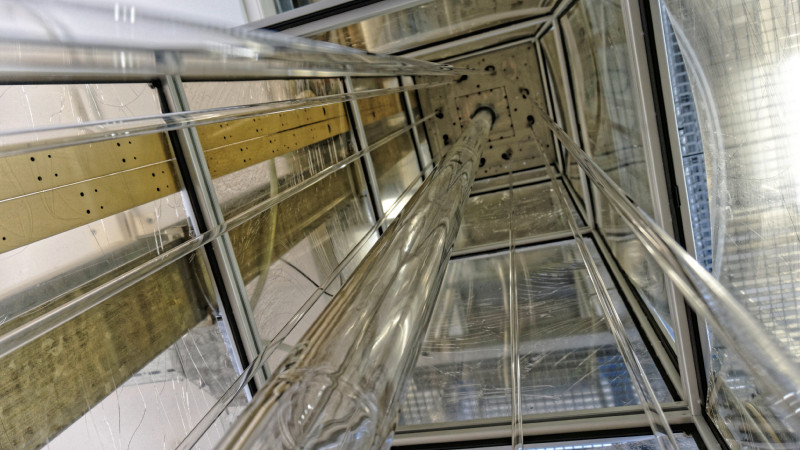 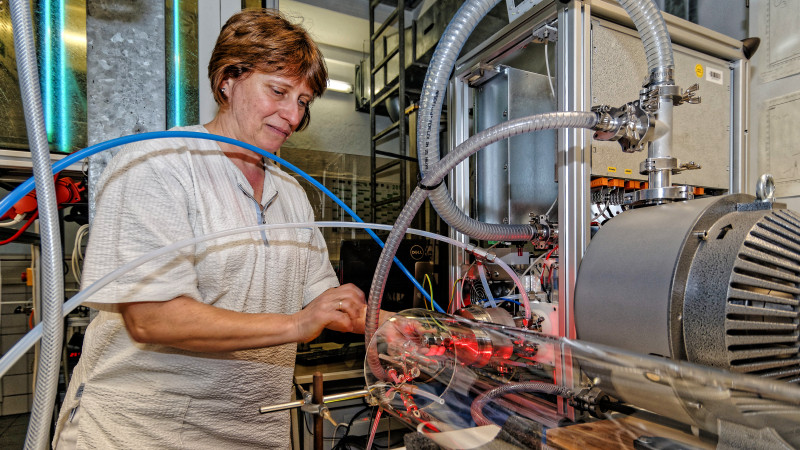 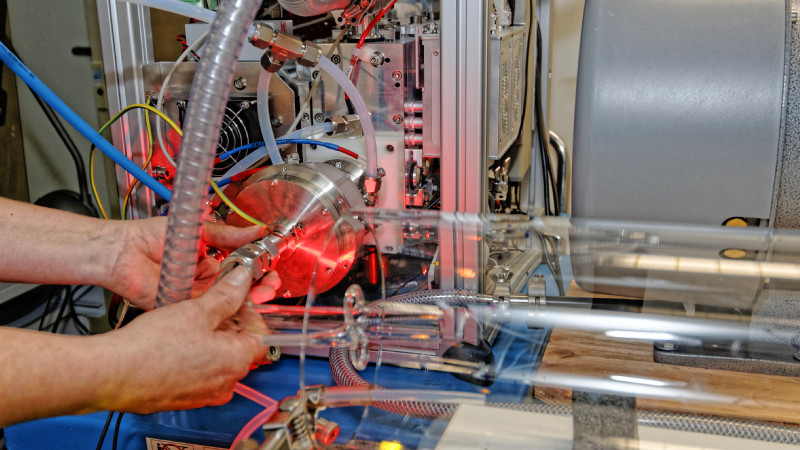 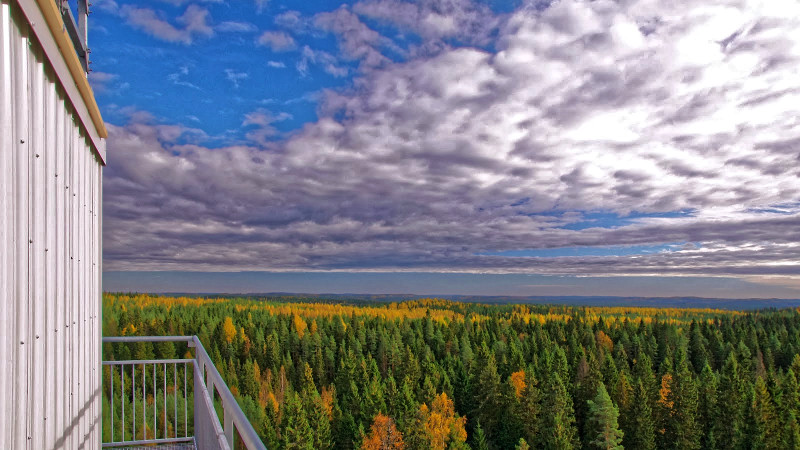 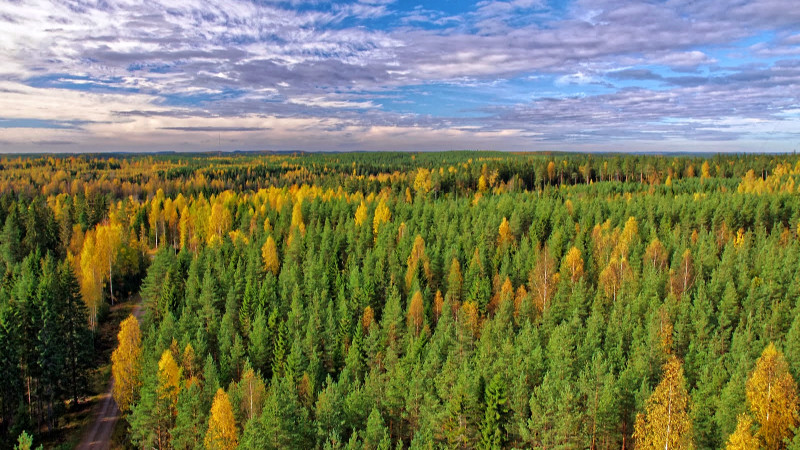