The Role of Cloud Turbulence

Clouds are well known to be a highly turbulent system with different cloud processes are influenced or even controlled by the turbulent velocity and thermodynamic field. 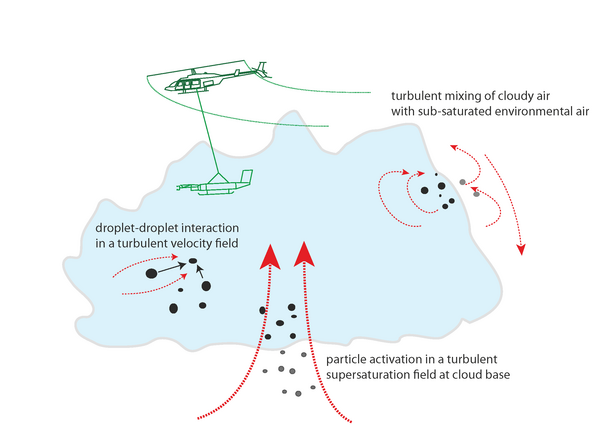 In the figure above, selected turbulent processes are illustrated for a shallow cumulus cloud which are discussed in the following: