The shape of aerosol and cloud particles strongly influences the scattering of light. Therefore, on the one hand, it is important to know the shape of particles in order to estimate their radiative effect. On the other hand, the effect of different particle shapes on the properties of the scattered light can be exploited to get an estimate of the particle shape and the particle type.

One way to estimate the shape of aerosol particles and to identify the particle type is the polarization-lidar technique. 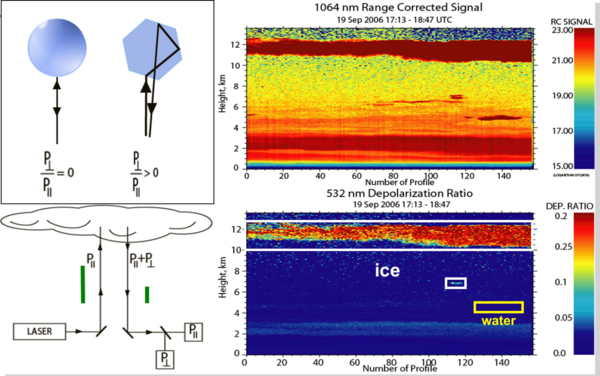 Discrimination between dust and marine aerosols