Fig. 1: Interactions between ocean and atmosphere leading to the formation of marine aerosol particles.

To better understand sources and transport pathways of marine aerosol particles and to estimate the importance of marine particles for the global climate observation, it is neces-sary to know their chemical composition and microphysical and optical properties. In addition to sea-salt, marine aerosol particles contain a majority of organic compounds that significantly affect the particle properties. Besides marine aerosol particles, the sea water is investigated as an important source of these compounds. Regarding sea water, the chemical composition of the sea surface film is of particular interest – a layer with a thickness of one micrometer that is the direct interface between the sea water and the atmosphere. The sea surface microlayer has shown to be often enriched with organic compounds. To collect the thin surface film of the ocean, the glass plate technique is used. Here, a glass plate is immersed vertically into the water and slowly pulled out. The micrometer-thick surface film adheres to the glass surface and can be wiped off with a Teflon wiper. The collected samples are immediately frozen to minus 20°C and transported by refrigerated container and dry ice. Fig. 2: Sampling of the ocean surface layer using the glass plate technique. to the laboratories of the TROPOS institute, where the chemical analysis is performed. The identification and quantification of specific climate-relevant organic compounds is per-formed by means of complex chemical analysis methods. Coupled chromatographic and mass spectrometric systems are used. In many field campaigns, such as the transatlantic Polarstern cruises from Chile or South Africa to Bremerhaven, in the Norwegian Bergen and at the atmospheric measurement station CVAO on the Cape Verde islands, marine aerosol particles, surface water and the sea surface microlayer is investigated. These research activities are conducted within the BMBF Project SOPRAN - Surface Ocean Processes in the Anthropocene (http://sopran.pangaea.de/) which explores the main as-pects concerning the interactions between ocean and atmosphere. Moreover, a special group of atmospheric relevant organic compunds; the aliphatic amines are investigated in the DFG project ALAMARE (ALiphatic Amines in the tropical MArine Environment). These compounds originate from the seawater and have shown to be enriched in the surface of the ocean and are suggested to affect aerosol formation. 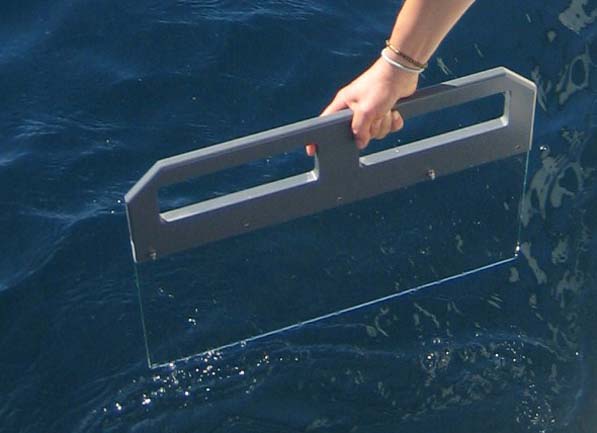 Within the SAW project MarParCloud ( Marine biological production, organic aerosol particles and marine clouds: a Process Chain) a compact network consisting of the TROPOS, the ZMT, the IOW and the Universities of Oldenburg and Hamburg will be built. The aim of this network is to investigate the entire process chain of biological production of organic matter in the oceans, the export of organic matter to marine aerosol particles and finally their abilities to act as cloud condensation nuclei and ice nuclei. Tank experiments and laboratory studies will be performed at the marine experimental facility of the ZMT and in the seawater outdoor tanks at the ICBM. Furthermore, a comprehensive field campaign will take place at the Cape Verde Atmospheric Observatory (CVAO). The modeling in MarParCloud will incorporate the experimental results and derived parameterisations in a process model that will be used beyond the project. 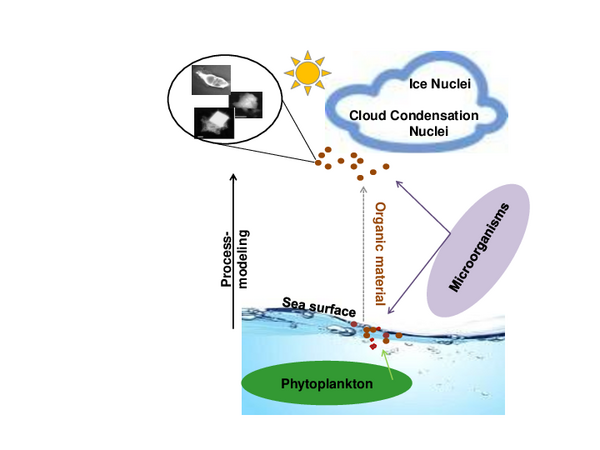